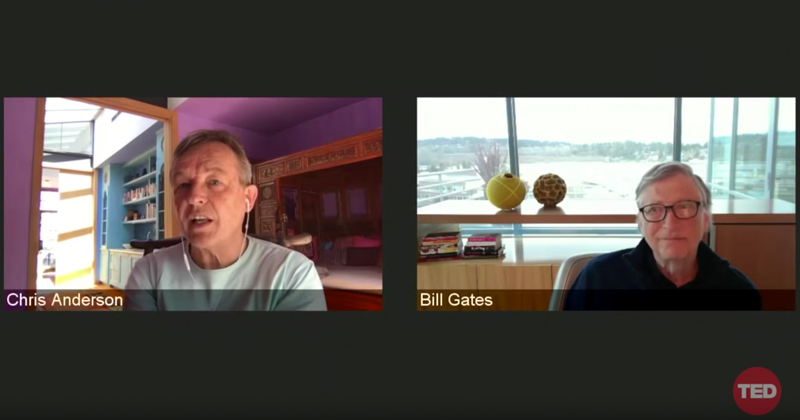 Globalist Bill Gates admitted there’s a plan to issue “certificates” to people who have recovered from, or taken a vaccine to treat COVID-19, so untreated people won’t be able to travel freely throughout the globe.

Asked how COVID patients could help out after recovering from the virus, the former Microsoft CEO said they could man COVID testing kiosks, but added that eventually “certificates” would need to be introduced to identify who possesses coronavirus antibodies.

Do you want vaccine certificates to determine your travel? pic.twitter.com/0gDe2fknG4

Here’s a transcript of the exchange.

TED’s Chris Anderson: So it’s almost like, when you talk about the need to accelerate testing, the immediate need is for testing for the virus. But is it possible that in a few months’ time, there’s going to be this growing need to test for these antibodies in people, i.e. to see if someone had the disease and recovered, maybe they didn’t even know they had it. Because you could picture this growing worldwide force of heroes — let’s call them heroes — who have been through this experience and have a lot to offer the world. Maybe they can offer blood donation, serum donation. But also other tasks, like, if you’ve got overwhelmed health care systems, presumably, there are kind of community health worker type tasks that people could be trained to do to relieve the pressure there, if we knew that they were effectively immune?

Gates: Yes. Until we came up with the self-swab and showed FDA that that’s equivalent, we were thinking that people who might be able to man those kiosks would be the recovered patients. Now we don’t want to have a lot of recovered people, you know. To be clear, we’re trying, through the shutdown, in the United States, to not get to one percent of the population infected. We’re well below that today, but with exponentiation, you could get past that three million. I believe we will be able to avoid that with having this economic pain. Eventually, what we’ll have to have is certificates of who is a recovered person, who is a vaccinated person, because you don’t want people moving around the world — where you’ll have some countries that won’t have it under control, sadly — you don’t want to completely block off the ability for those people to go there and come back and move around.

Watch the interview below:

Gates’ plans to institute a worldwide digital vaccine identification database follow lockstep with his calls for a mass vaccination effort.

Earlier this week in an interview with CBS News, Gates also stated “mass gatherings” might not come back “at all” “until [we’re] widely vaccinated.”

In a new interview, Bill Gates authoritatively states that mass public gatherings will not come back "at all" until we have mass vaccination. Who made him king of the world? https://t.co/siW7bZ9yGc … pic.twitter.com/ivaCI8eAEl

David Knight is joined by Dr. Sherri Tenpenny to discuss the hidden globalist agenda of Bill Gates and what you can do to prepare.