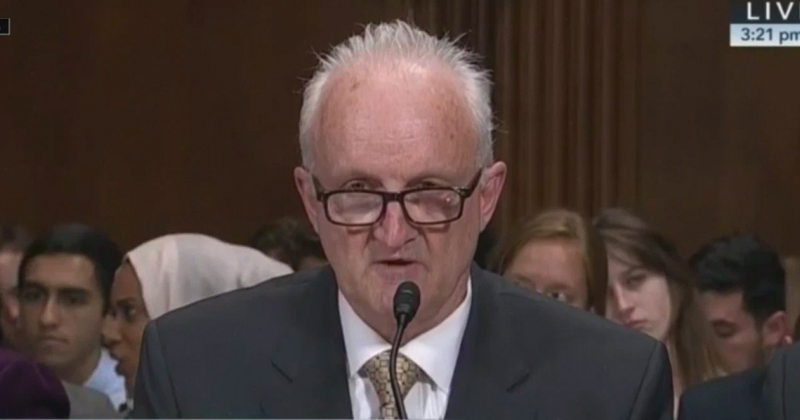 The coroner’s office of the Amador County Sheriff’s Department in California has done a near 180-degree turnaround on the death of Department of Homeland Security whistleblower Philip Haney. After initially stating Haney’s death appeared to be “self-inflicted,” the department has subsequently stated that news reports attributing his death to suicide were dispensing “misinformation.” It said further that the sheriff’s office is “currently in the beginning phase of our investigation and any final determination as to the cause and manner of Mr. Haney’s death would be extremely premature and inappropriate.”

Haney was found dead of a gunshot wound on the morning of Friday, February 21, California. The author of See Something, Say Nothing: A Homeland Security Officer Exposes the Government’s Submission to Jihad, Haney was an outspoken critic of the Obama administration’s systematic destruction of crucial data in the DHS database concerning Islamist terrorist organizations and hundreds of individuals in the United States involved in Islamic radicalism. This scrubbing of the data, he charged, greatly crippled the ability of intelligence and law enforcement to protect America, denying them information that “could have prevented subsequent domestic Islamist attacks.” Haney, a founding member of the Department of Homeland Security following the 9/11 terror attacks, testified before the U.S. Senate, and appeared on numerous radio, television, and Internet programs. (A C-SPAN video of his 2016 Senate testimony on terrorism and violent extremism can be viewed here.)

Relatives, friends, and colleagues were quick to voice doubt about the initial finding that the cause of Haney’s death was a “self-inflicted” gunshot, and began posting social-media statements challenging the rush to designate his death as a suicide. This writer reached out to a number of friends and colleagues who had worked with him and spoken with him recently, including Trevor Loudon, Brannon Howse, Representative Matt Shea, Clare Lopez, Kip Webster, and others. The key points that were reiterated by one person after another were that:

1) Phil Haney was a devout Christian who considered suicide a sin, and therefore forbidden;

2) He was happy and upbeat, making plans for his forthcoming book and his book-speaking tours;

3) After grieving for his wife, who died of cancer, he had found love again and was looking forward to an upcoming marriage to his fiancé;

4) He had stated to many people that if he is ever found dead of a supposed “suicide” to “never believe it for a minute”;

5) He was looking forward to returning to work in the DHS under President Trump;

6) He said he has massive digitally archived files from DHS with damning evidence;

7) He stated that his new book would be naming names and would blow the lid off the ongoing corruption in the DHS and the intelligence community;

8) There are many Deep State operatives of the “DC swamp” — both active and retired — who would have motive for stopping him.

One of the first persons The New American talked to about Haney’s death is Brannon Howse, one of Haney’s closest friends and colleagues. Haney had appeared as a guest on Howse’s radio and television programs and conferences many times and had launched his own program, National Security Meltdown, on Howse’s World View Weekend TV (WVWTV). According to Howse, Haney was planning to use National Security Meltdown as the title for his new book. On February 24, Howse posted clips of Haney from his documentary Sabotage, and asked in the title of the posting, “Is This Why Deep State Was Afraid of Phil Haney?”

What happened to Assange after the hearing yesterday was a deliberate efforts to kill him. Assange’s extradition will kill free press — where’s WaPo & NYT the “heroes” of Hollywood defending freedom of the press with “The Post”?