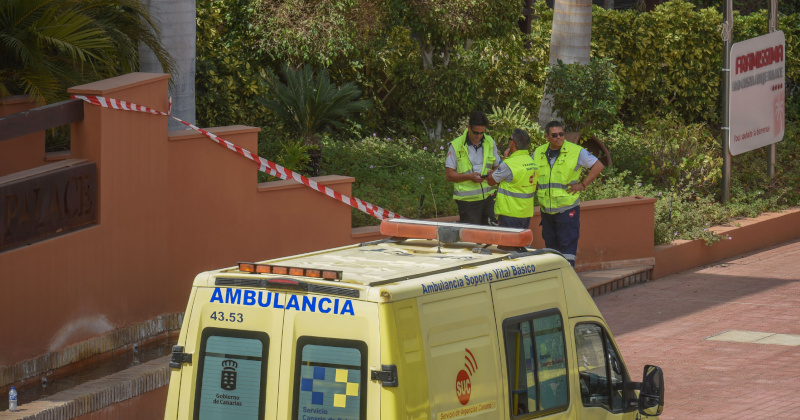 Hundreds of tourists have been cordoned off in a tourist resort in Tenerife, Spain, and have been told to stay in their rooms, after an Italian tourist staying at a four-star hotel in Adeje tested positive for the coronavirus.

The Italian man is believed to be a resident of the Lombardy region, which has witnessed the majority of Italy’s coronavirus cases. His is the third case of coronavirus in Spain and has been admitted to hospital, where he’s been placed in isolation.

Eyewitness video footage from the scene shows a police cordon set up near the hotel.

He presented with a fever yesterday. A woman who accompanied him is also being monitored in isolation but it is unclear whether she has tested positive for the virus, which has seen seven deaths and at least 229 cases in Italy since last week.

Meanwhile, at the H10 Adeje Palace hotel in Tenerife, tests are already underway on the remaining guests, who have been told to remain in their suites.

“Dear guests, We regret to inform you that for health reasons, the hotel has been closed down. Until the sanitary authorities warn, you must remain in your rooms,” a note from the management at the four-star hotel reportedly read.

On Tuesday China reported 508 new cases of the virus and revealed that another 71 people have died from the disease. A total of 77,658 people have now contracted the illness in mainland China and 2,663 people have died.

Matt Bracken guest hosts The Alex Jones Show to warn the world about the actual dangers of a global pandemic.