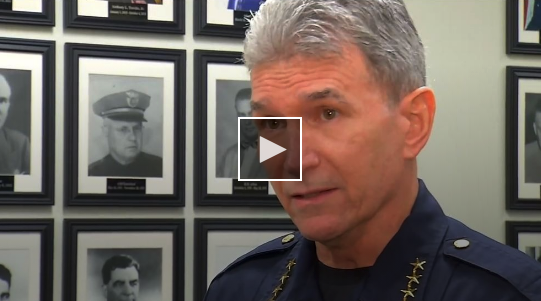 “Do you have weapons in your home that you no longer need, or you’re afraid can be used for nefarious purposes or to endanger other people in your family or in your community?” asked John Courage. “If you do, this is your opportunity to sell them and let us dispose of them properly.”

“What better use of money taken from criminals than use it to buy guns to get them off the streets so people aren’t injured or hurt,” he continued.

Chief McManus responded, saying, “I think it’s a noble idea, but in reality, they are ineffective and they just don’t work. And that’s from my experience in conducting gun buybacks and from the research that’s out there.”

No timeline has been provided for the program, and the city council has yet to have a formal discussion with Chief McManus.