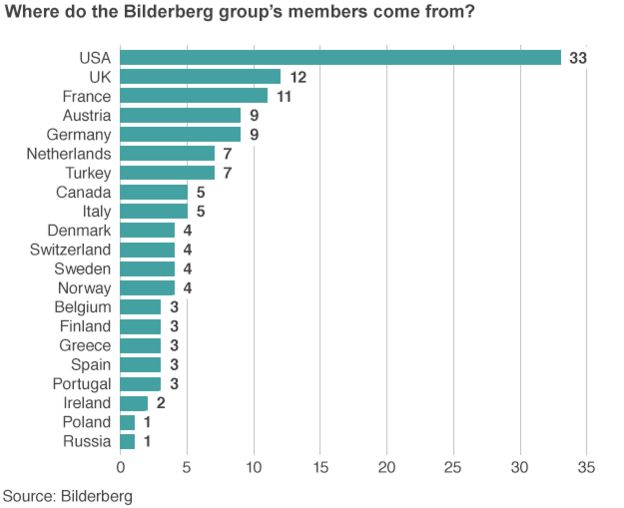 The Bilderberg meeting, an annual gathering of some of the most powerful and influential figures in the world, starts on Thursday. But who’s on this year’s guest list?

Critics call it a sinister conspiracy, reinforcing without accountability the dominance of a transatlantic capitalist cabal. Those involved say it’s merely an informal way to understand better the way the world works and to share their expertise to improve it.

Whatever one’s view, an invitation to the four-day Bilderberg meeting is a sign that someone has arrived as a politician, business leader, administrator or opinion-influencer.

Of the 133 people due to arrive in the small town of Telfs-Buchen, Austria, this week, 21 will be politicians. Among them is a regular attendee in UK Chancellor George Osborne. Another notable figure is Ed Balls, his former Labour shadow, who lost his seat in Parliament in May’s general election but is still deemed influential enough to come. The United Kingdom – including its economic performance – is on the agenda.