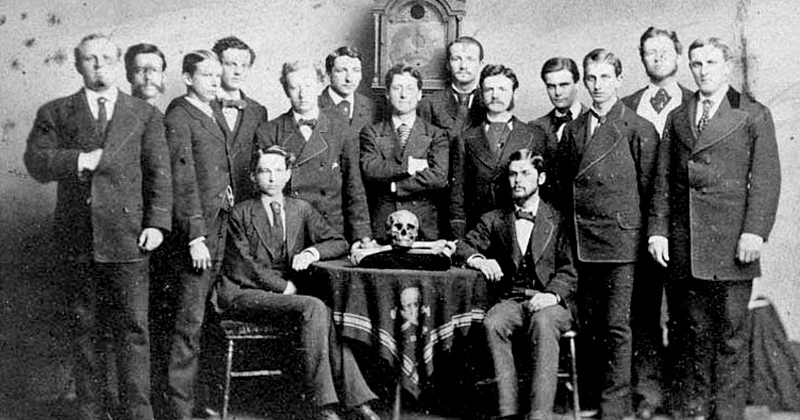 Over 1,500 documents related to the secretive Yale fraternity Skull and Bones are set to be made public within the next few months under a Freedom of Information Act request.

The trove of “letters, memos, a draft speech and other materials… are set for release in July” by the National Archives and Records Administration unless President Obama or former President George W. Bush object, reports Politico.

“Additional records include vetting materials, emails related to scheduled events, a phone message, a press briefing on Turkey, a register of Frederick Law Olmsted’s papers at the Library of Congress, requests for comments from the press, and a request for Vice President Richard B. Cheney to attend William F. Buckley’s memorial service,” the FOIA states.

Founded in 1832, the secret society has been a gateway for the elite and boasts three US presidents, with other members taking up prominent roles in state and federal governments, the intelligence community, academia, industry and finance.

In 2004, for instance, both Democrat and Republican presidential candidates, John F. Kerry and George W. Bush, were members of the Yale fraternity. George W’s father, George H.W. Bush, and his grandfather, Prescott Bush, were also members.

The group’s “Tomb,” a windowless building located at the southwest end of the campus, is reportedly decorated with skulls and filled with rooms where members are rumored to conduct macabre rituals and initiation ceremonies, one of which may include the reciting of past sexual experiences, according to journalist Ron Rosenbaum.

“You could ask Averell Harriman whether there’s really a sarcophagus in the basement and whether he and young Henry Stimson and young Henry Luce (Time magazine) lay down naked in the coffin and spilled the secrets of their adolescent sex life to 14 fellow Bonesmen,” Rosenbaum wrote for Esquire in 1977.

The club was also sued in February 2009 by descendants of the Apache hero Geronimo, whom alleged in a federal lawsuit that the group was in possession of their ancestor’s skull – which members have posed with in group photos for decades.

The skull was reportedly stolen from the warrior’s grave at Fort Sill by members of Skull and Bones who were stationed at the base, with some accounts alleging Prescott Bush played a role in the theft. The lawsuit was dismissed the following year.

Rosenbaum and a team in 2001 were able to film rituals being conducted in the inner courtyard of the “Tomb,” where members “acted out the tableau of a throat-cutting ritual murder,” according to the journalist.

“Of course, there is more to Skull and Bones than the mystical mumbo-jumbo of its rituals,” Rosenbaum wrote for the New York Observer at the time. “The rituals are less important than the relationships–the bonds of power and influence that develop between Skull and Bones initiates after they graduate.”

Politico reports the latest FOIA request was put forth by author and researcher Robert Gaylon Ross Sr., who has in the past published an exposé on the “Who’s Who of the Elite,” and written books regarding the elites’ role in the JFK and MLK assassinations.