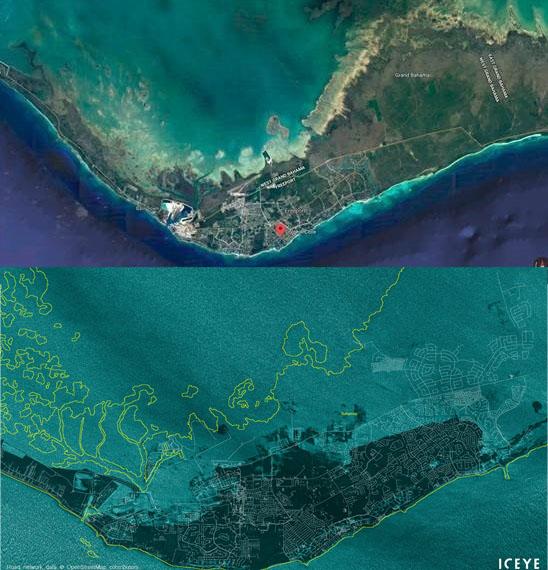 Hurricane Dorian has absolutely devastated Grand Bahama island, which is now 70% under water according to Bloomberg, citing government sources. The roughly 50-mile wide vacation destination in the Bahamas is home to approximately 50,000 people.

Bahamian Prime Minister Hubert Minnis said that the damage to homes, businesses and other buildings is “unprecedented and extensive,” while the National Emergency Management Agency has issued an “urgent plea” to owners of equipment such as jet skis, small boats and flatbed trailers to assemble at the Grand Bahama shopping mall to assist with the rescue.

A caller to The Alex Jones Show questions the possibility of Hurricane Dorian being manipulated by modern weather weapons.

The US Coast Guard along with the British Royal Navy have also been sent to the region.

There are “still many outstanding rescue missions,” on the island of Grand Bahama, Finance Minister and Deputy Prime Minister Kevin Peter Turnquest said, in reply to written questions. “It’s not looking good as we expect catastrophic damage.” -Bloomberg

-45% of all dwellings on Abaco and Grand Bahama

-62,000 people on the Abaco Islands and Grand Bahama do not have fresh water

#Update: Just in – Some pictures of the damage caused by #Hurricane Dorian on #Abaco island, from the #Bahamas islands, as the #US sends the coast guard help the people on island and to provide assistance. pic.twitter.com/nFKtcDnxid

Dorian is currently traveling northwest at around 5 mph according to the National Hurricane Center.