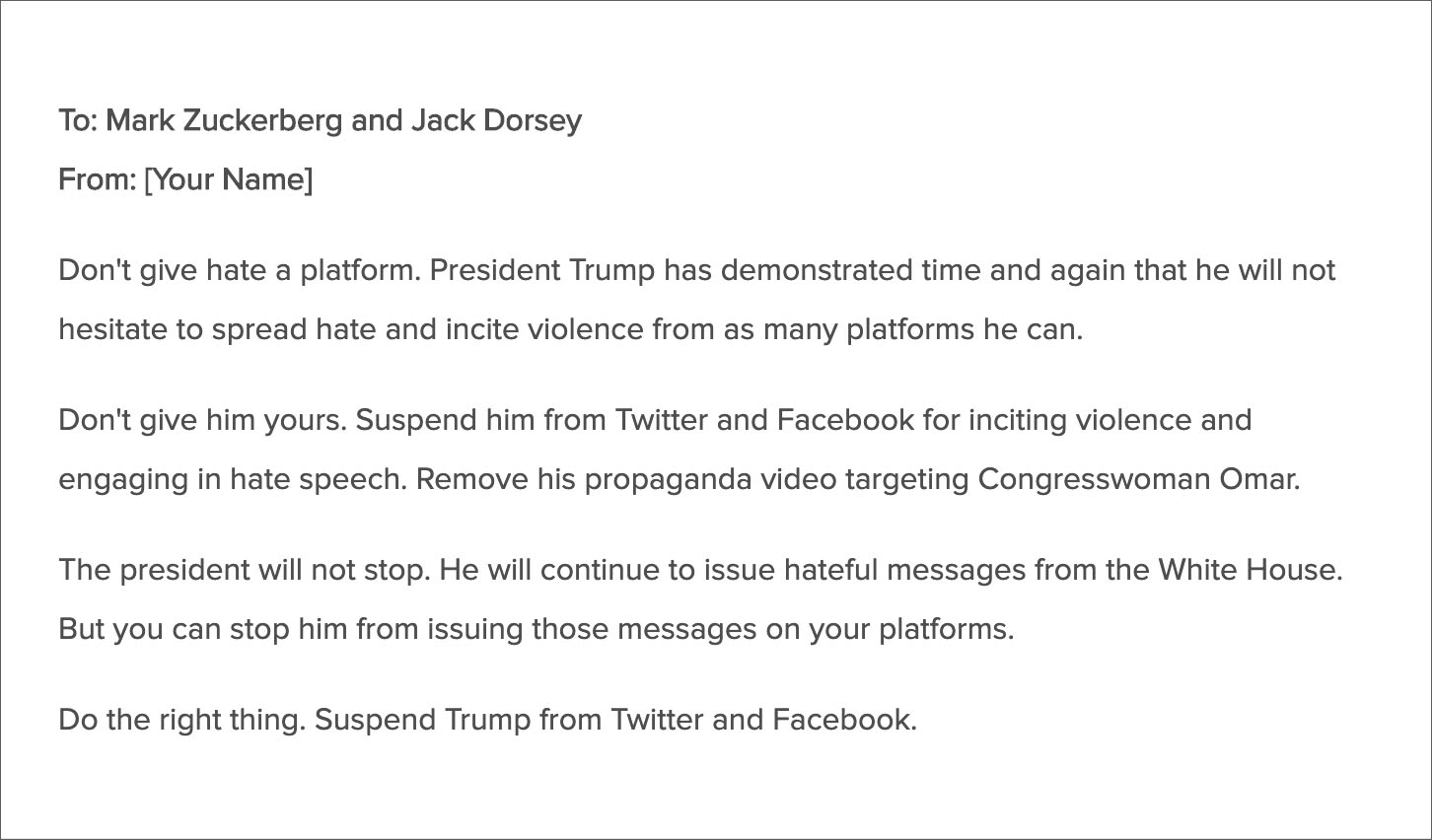 The Women’s March has launched a campaign to ban President Trump from all social media, just like Infowars.

The far-left group prepared a petition to ban Trump from Twitter and Facebook, which has amassed nearly 300,000 signatures, to be delivered Monday to the Twitter headquarters in San Fransisco and New York City.

UPDATE: almost 300,000 people have added their names to the petition to #SuspendTrump from @Twitter.

We’ll be delivering these signatures to Twitter headquarters in NYC and San Francisco tomorrow. Links to join the petition delivery actions below ⬇️ https://t.co/RiEupuUkVz

“It’s time for the company to take action and suspend his personal account.”

How exactly Trump “threatened violence” or spread conspiracy theories about “protected categories of people” is unclear, but the far-left isn’t satisfied until every single conservative is banned from social media permanently, including the U.S. president himself.

This development shows that the Women’s March organization is not just an anti-Second Amendment and anti-life group, it is also anti-free speech.

Globalists are now pushing a pact called the “Christchurch Call to Action” which aims to curtail freedom of speech online in the name of “fighting extremism”. Matt Bracken breaks down this next level of tyrannical censorship now going worldwide.