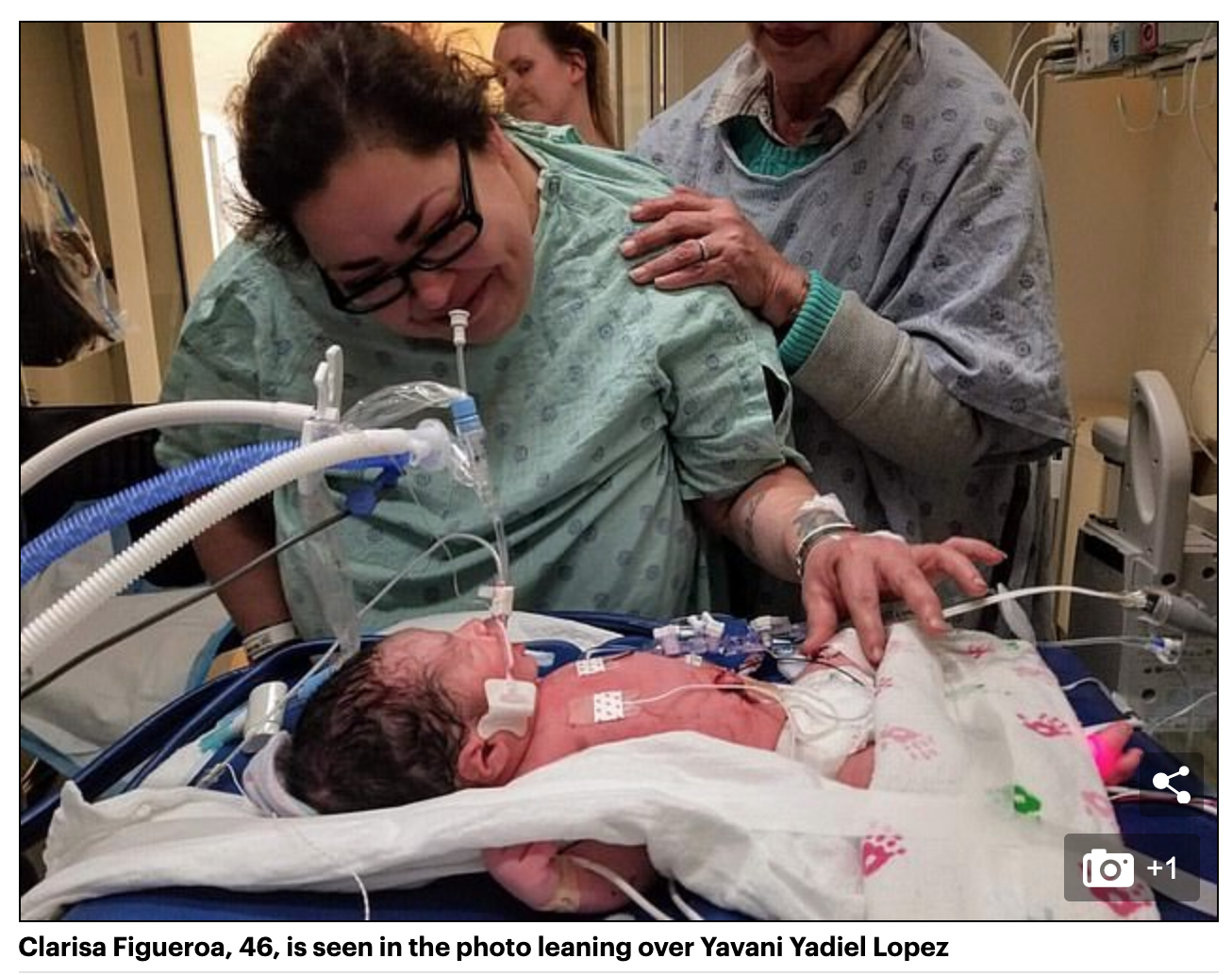 A shocking viral photo out of Chicago shows an accused murderer trying to cuddle with the baby she had torn from a pregnant teen she strangled to death days before.

The photograph shows Clarisa Figueroa, 46, posing with the baby she is alleged to have ripped from the womb of 19-year-old Marlen Ochoa earlier this month.

According to Chicago Police Supt. Eddie Johnson, Figueroa and her daughter Desiree Figueroa, 24, have been charged with murder after Desiree confessed to helping her mother strangle Ochoa with a coaxial cable after luring her into their home with promise of free baby clothes.

Their motive was to raise Ochoa’s child as their own after experiencing a prior death in the family, authorities said.

“Authorities suspect that Clarisa intended on raising Marlen Ochoa-Lopez’s baby as her own after her 20-year-old son died of natural causes,” NBC reported.

The baby is alive after being ripped from Ochoa’s womb, but is not showing brain activity.

“Ochoa’s body was dumped in a garbage can at the home in the 4100 block of 77th Place early Wednesday morning. Sources said she had been led to the basement, where she was strangled, and her baby was cut out of her womb. A family spokesperson confirmed the baby is in life support and has no brain activity,” CBS Chicago reported.

Ochoa’s husband Yovani Lopez said she did nothing to provoke the vicious attack.

“She did nothing to them. She was a good person. I don’t know what caused them to, knowing she had a family, a 3-year-old son,” Lopez said.

CBS Chicago removed the picture at the request of Figeuroa’s family despite it being a noteworthy news item.

However, The Daily Mail is still hosting the image.

Millie Weaver experienced a medical nightmare when her newborn baby, Alma, was surrounded by doctors pressuring Millie to allow them to perform a spinal tap on her baby girl. Millie Weaver and Kaitlin Bennett discuss this event and the lessons you can learn and protect your children as well.