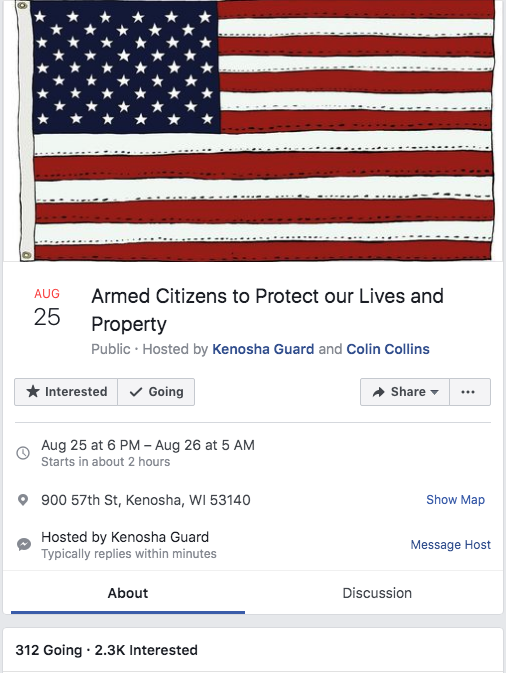 The Kenosha Guard, a local militia, is making a call-to-arms for “any patriots willing to take up arms and defend our city tonight from evil thugs.” The groups Facebook warns of potential future destruction to the neighborhood, claiming that there is “no doubt they’re currently planning on the next part of the city tonight!”

The Facebook event scheduled for 8PM at Civic Center Park today, outlines the agenda asking for “Armed Citizens to Protect our Lives and Property.”

The meet-up outlines that, “law enforcement is outnumbered and our Mayor has failed, Take up arms and lets defend our CITY! Meet at civic center at 8PM,” This was captured by the Rundown Live as thousands of Wisconsin protesters joined the Kenosha residents and things quickly turned violent, leaving vehicles, buildings in shambles and several injured.

A local resident who asked to remain anonymous, told the Rundown Live that the community is fed up with the looting and that law enforcement is not protecting local businesses, just federal buildings.” The individual suggested there are “many locals who share his sentiment and that” and that he is ” all for peaceful protests but we are not going to stand by and watch our city burn.”

This may have been inspired by other boogaloo movements such as in Michigan, but subsequently a result of the destruction of private property. A few brave locals came out armed last night to protect their businesses in Kenosha. The armed militia attempted to stop looters and rioters.