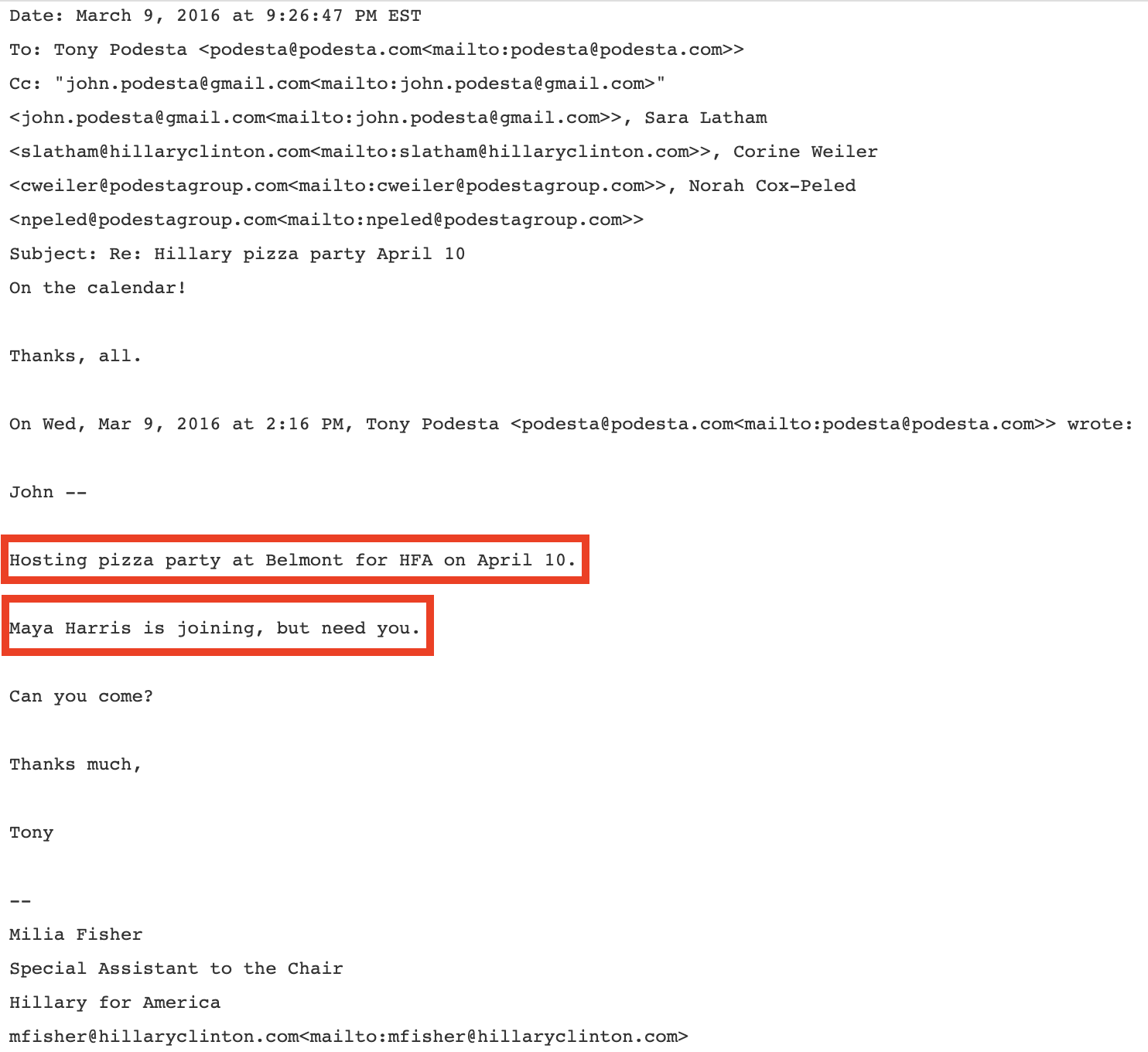 “John — Hosting pizza party at Belmont for HFA on April 10. Maya Harris is joining, but need you. Can you come? Thanks much,” an email from Tony to his brother reads.

An official invitation shows Harris was a major attraction at the event, which was also attended by “Chef James Alefantis of Comet Ping Pong.” 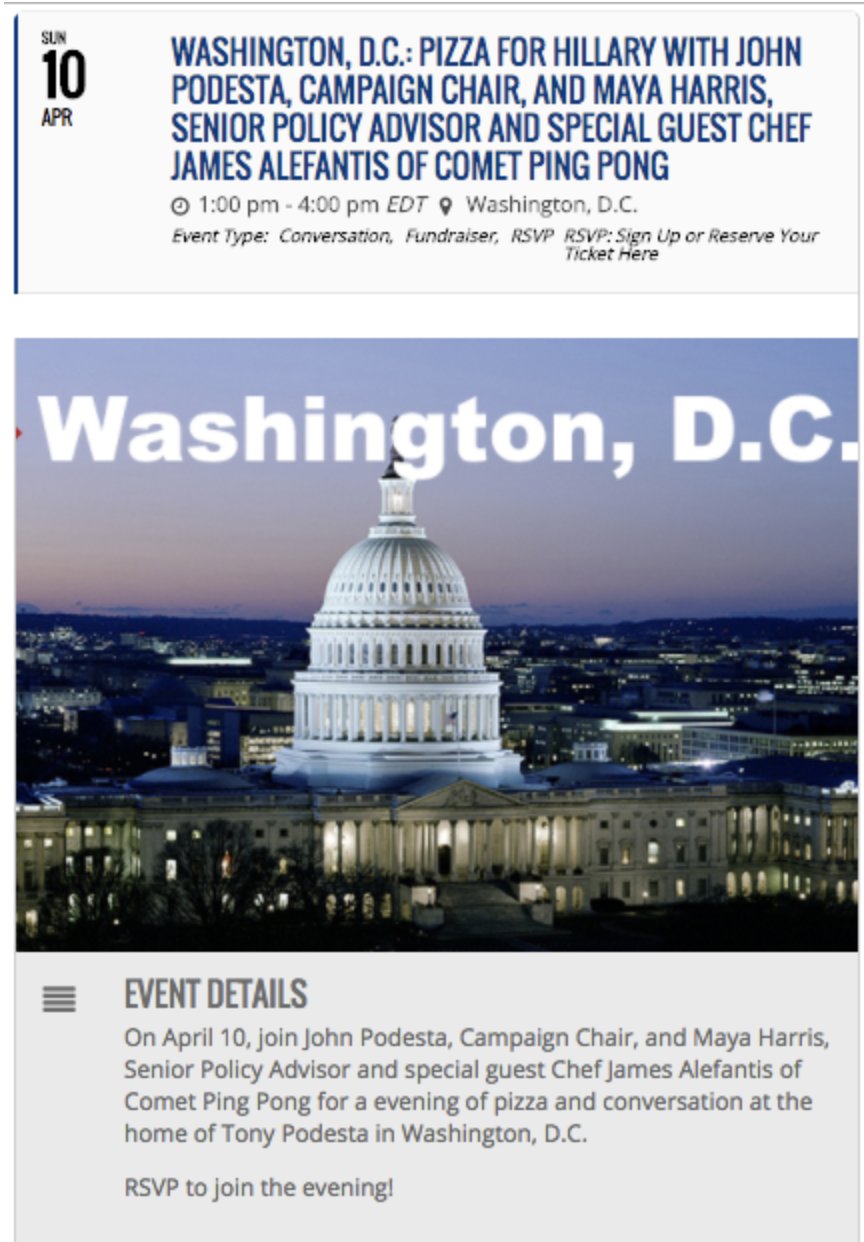 “On April 10, join John Podesta, Campaign Chair, and Maya Harris, Senior Policy Advisor and special guest Chef James Alefantis of Comet Ping Pong for a evening of pizza and conversation at the home of Tony Podesta in Washington, D.C.,” the invitation reads.

The emails appear in a 2016 Wikileaks data dump of Podesta emails which were slow-drip leaked throughout October ahead of the 2016 election on November 8, however they are not found in docs highlighted by the organization Tuesday which dealt primarily with Kamala.

“Spirit cooking refers to ‘a sacrament in the religion of Thelema which was founded by Aleister Crowley’ and involves an occult performance during which menstrual blood, breast milk, urine and sperm are used to create a ‘painting,'” Paul Joseph Watson wrote at the time.

Owen is joined by Tom Pappert to discuss recent news including the new conviction of former journalist Dr. Pizza.