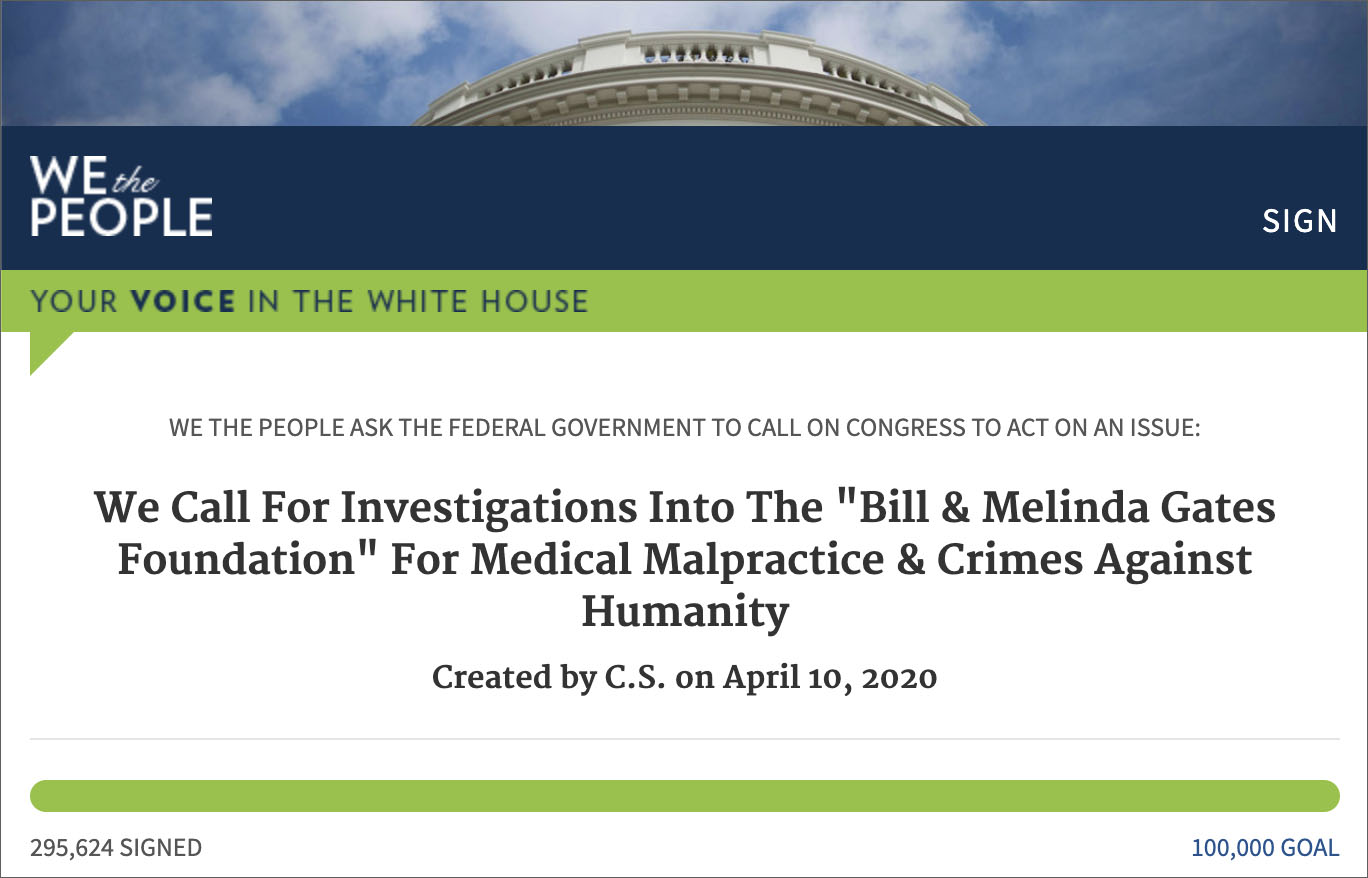 A White House petition calling for the investigation of the Bill & Melinda Gates Foundation has amassed nearly 300,000 signatures, triple the threshold that requires an official government response.

The petition that began last week, called “We Call For Investigations Into The ‘Bill & Melinda Gates Foundation’ For Medical Malpractice & Crimes Against Humanity” reads as follows:

As we look at events surrounding the “COVID-19 pandemic,” various questions remain unanswered. On Oct. 18th of 2019, only weeks prior to ground zero being declared in Wuhan, China, two major events took place. One is “Event 201,” the other is the “Military World Games,” held in none other than Wuhan. Since then a worldwide push for vaccines & biometric tracking has been initiated.

At the forefront of this is Bill Gates, who has publicly stated his interest in “reducing population growth” by 10-15%, by means of vaccination. Gates, UNICEF & WHO have already been credibly accused of intentionally sterilizing Kenyan children through the use of a hidden HCG antigen in tetanus vaccines.

Congress & all other governing bodies are derelict in duty until a thorough and public inquiry is complete.

Additionally, a separate petition rejecting the use of Bill Gates’ planned mass vaccinations and microchip ID technology has also accrued over 38,000 signatures in a week.

“ID2020 is a plan put in place by bill gates to impose mass public vaccination and show ‘vaccine status’ through a microchip or ‘ID’ injected under the skin,” the petition reads.

“This is the mark of the beast the bible has warned us about, folks.”

The minimum requirement for an official White House response to “We The People” petitions is 100,000 signatures, meaning the Trump administration must address the public’s concerns about Bill Gates and his connections to the Wuhan coronavirus pandemic.

Owen is joined by An0maly to talk about the obvious medical tyranny taking place in front of us.