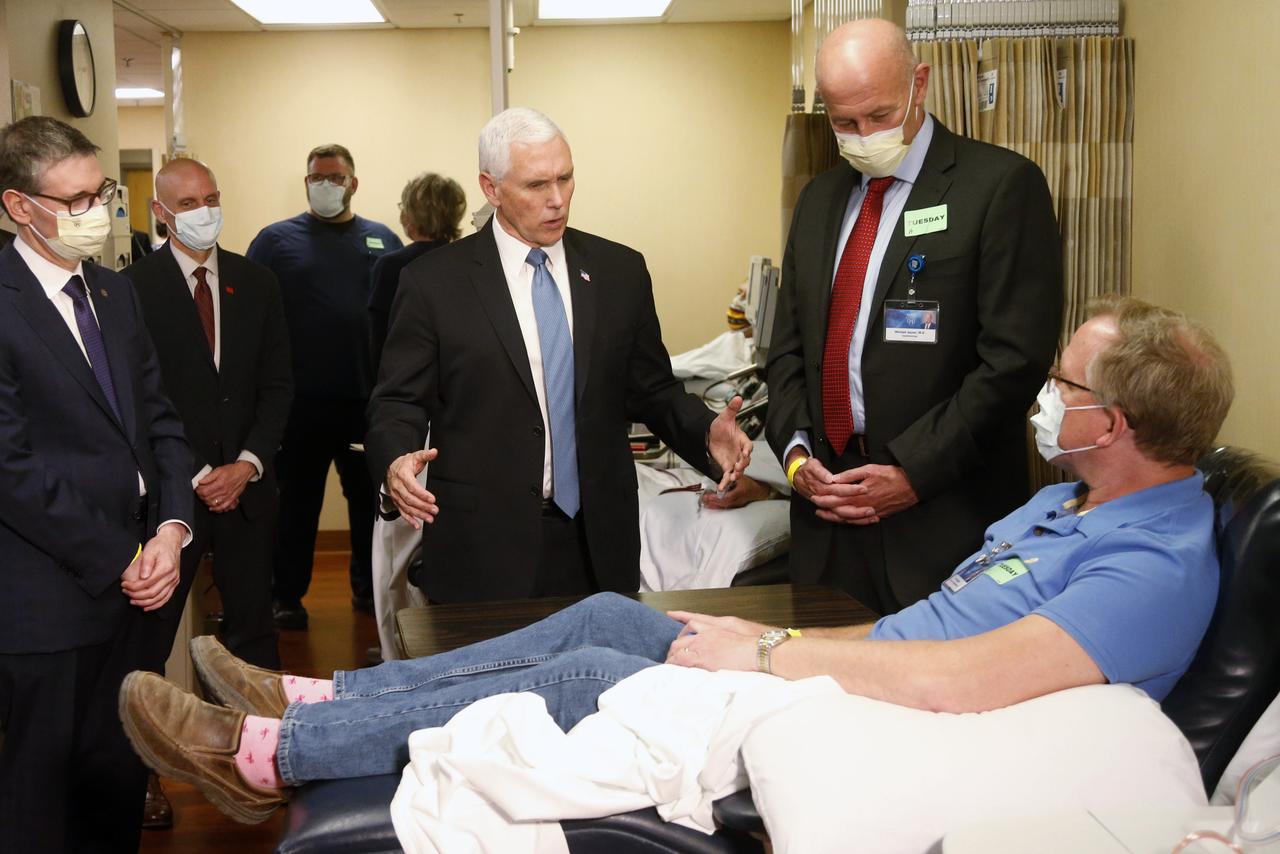 In the most alarming revelation yet that coronavirus is getting ever closer to severely impacting the White House, Yahoo News has unveiled documents showing that nearly a dozen US Secret Service members have tested positive for COVID-19.

A Department of Homeland Security (DHS) internal memo or ‘daily report’ showed the Secret Service currently has eleven active cases of the virus (as of this past Thursday night) — this after it was learned Friday that Katie Miller, a spokesperson for Vice President Mike Pence, tested positive for coronavirus. And the day before, Trump’s personal military valet was confirmed positive, prompting the president to indicate he would be receiving daily tests as opposed to weekly, according to The Hill.

“According to the DHS document, along with the 11 active cases there are 23 members of the Secret Service who have recovered from COVID-19 and an additional 60 employees who are self-quarantining,” Yahoo News reports. “No details have been provided about which members of the Secret Service are infected or if any have recently been on detail with the president or vice president.”

All of this has reportedly put the White House on “high alert” over possible further spread of the virus. While the Secret Service is a relatively small agency compared to all other major protective law enforcement and intelligence gathering agencies (chiefly monitoring threats against the president and US leaders, as well as investigating and preventing counterfeiting), it also maintains field offices and personnel across the country and even in foreign countries.

Only a single COVID-19 case among Secret Service personnel had been officially reported by the agency earlier in March, however, the new revelation of both active infections and 23 total recoveries suggests the spread was much more pervasive than previously acknowledged.

The statement further emphasized the Secret Service will continue to strictly adhere to CDC protocol. Last week the administration said that new precautions include that anyone coming near the president is tested.

However, there’s been growing criticism and controversy over Secret Service agents being seen working at the White House without masks, along with neither Trump nor Pence opting to wear masks.

Further precautions the White House has identified includes frequent temperature checks of personnel in and around the complex, regular reviews of symptom histories, widespread hand sanitizer usage and availability, as well as social distancing.

Meanwhile, the new report of the outbreak among Secret Service, considered the closest line of security defense immediately surrounding the president and top admin officials at all times is sure to unleash a new storm of controversy.

As separate reports from the start of this week underscored: “there are regularly held large events with unmasked attendees in close quarters at the White House — including inside the Oval Office, which is the president’s inner sanctum. Many Secret Service employees on the White House grounds are among those who are not wearing masks.”