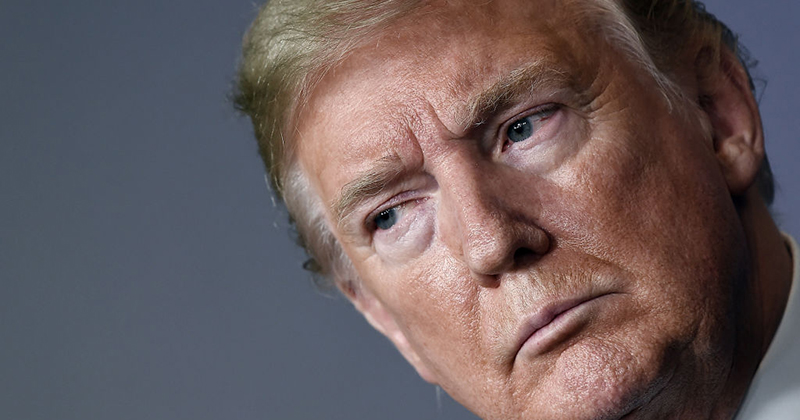 Anonymously-sourced media reports published Saturday morning claimed that the White House is looking into the establishment of a panel to investigate complaints of “left-wing bias” in the tech world.

Since the earliest days of his presidential campaign, President Trump has alleged that the mainstream media – CNN, the NYT & WaPo – and Silicon Valley – FB, Twitter, Alphabet, Amazon etc. – were conspiring to try and suppress pro-Trump viewpoints on their platforms, while joining together to promote stories that slammed Trump as a racist and a Russian puppet. Many independent media organizations – including Zero Hedge – have been banned from Twitter, Facebook etc for flimsy reasons.

President Trump infuriated the left after mocking a local TV news reporter who was harassed by pro-Trump protesters at a recent rally. The president has repeatedly alleged that the “far-left” has hijacked the American mainstream media, and has hinted in the past that he planned to take action, though many undoubtedly interpreted these threats as just more of Trump’s trademark bluster.

The Radical Left is in total command & control of Facebook, Instagram, Twitter and Google. The Administration is working to remedy this illegal situation. Stay tuned, and send names & events. Thank you Michelle! https://t.co/ZQfcfD3Hk9

Trump has repeatedly called out what he sees as examples of media bias against him, and revels in taunting the press with boasts about how he and his campaign will once again ride to victory in November.

This is why it’s not really the Lamestream Media, it’s the Rigged Media….and it is what I’m up against. It was corrupt in 2016. Now it is much more corrupt, and what you are seeing is the least of it….but WE WILL WIN AGAIN! https://t.co/UXyOrQ7fXW

The Lamestream Media is truly out of control. Look how they work (conspire!) together. They are the Enemy of the People, but don’t worry, we will WIN in November! https://t.co/3YOSChXP9M

An anonymous Trump administration official reportedly told the Wall Street Journal that ‘left wing bias’ is a genuine concern for the president.

“Left-wing bias in the tech world is a concern that definitely needs to be addressed from our vantage point, and at least exposed [so] that Americans have clear eyes about what we’re dealing with,” an anonymous White House official reportedly told the Wall Street Journal.

Several ‘experts’ quoted by WSJ and others – as well as Twitter itself – insisted that the platforms are totally devoid of political bias. Though the pattern of banning conservative-leaning voices on flimsy pretexts, while allowing left-wingers to make threats and seemingly violate the terms of service whenever, has become – for many – impossible to ignore.

Various ideas have been considered, including forming a committee under the auspices of the White House, or pushing the FTC and FEC to adopt a more aggressive tack while investigating these complaints.

Though this is an anonymously sourced report and in no way (at least, as far as we know) representative of an official commication from the White House, we suspect Trump’s critics will seize on it as just the latest example of how Trump is more worried about winning a second term than whether your grandparents live or die.

The original Plandemic video posted to YouTube had over 1 million views before it was deleted for contradicting the World Health Organization and the NIH.