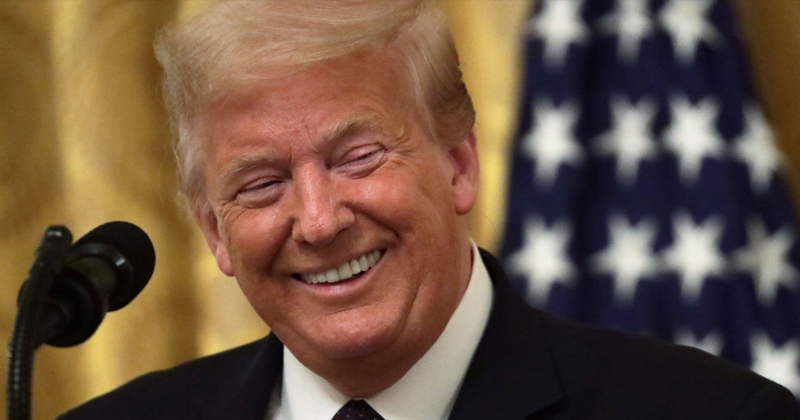 In an interview with Fox News prime time host Sean Hannity, President Donald Trump discussed the burgeoning new nation of the Capitol Hill Autonomous Zone, now rebranded CHOP, the Capitol Hill Occupied Protest, and the president suggested the residents of the new nation may be better at real estate than him, as they simply took over six city blocks without paying and with no consequences.

While participating in a wide ranging interview with the Fox News host on Wednesday night, Hannity asked President Trump to give his thoughts on the mounting civil unrest in the United States, and specifically, the newly minted existence of CHOP, a sovereign nation that now exists in former downtown Seattle.

“We’re watching what’s unfolding in Seattle, Mr. President, the autonomous zone, CHAZ/CHOP,” started Hannity. “City blocks now have been taken over, and by the way they’ve built their own version of a wall interestingly enough.”

“Why do you think they keep rejecting your help,” asked Hannity.

President Trump responded that the governor of Washington and mayor of Seattle are both “weak” and “what they’re doing is setting a precedent that’s never been set before in this country.”

The president then explained that he was never able to take over a highly valued property using force and then operate it for profit, as have some of the residents of CHOP.

“These people that are taking over this incredible piece of real estate are obviously very good at real estate, maybe better than I was,” said President Trump. “They paid nothing, they just took it over, and the police are, somehow, told not to be there. I’m sure they’d do a good job if they were told to do a good job.”

“We would go in there if they want us in and we will take it back very quickly. It should never be allowed to fester like it’s festering right now, it’s disgraceful to our country, it’s a disgrace.”

National File remains focused on the birth of the new nation. Recently, we revealed that CHOP now offers guided tours, featuring angry cafeteria workers with “Good Night White Pride” flags, a half empty book shelf being used as a library, and an almost endless supply of free Capri Sun.