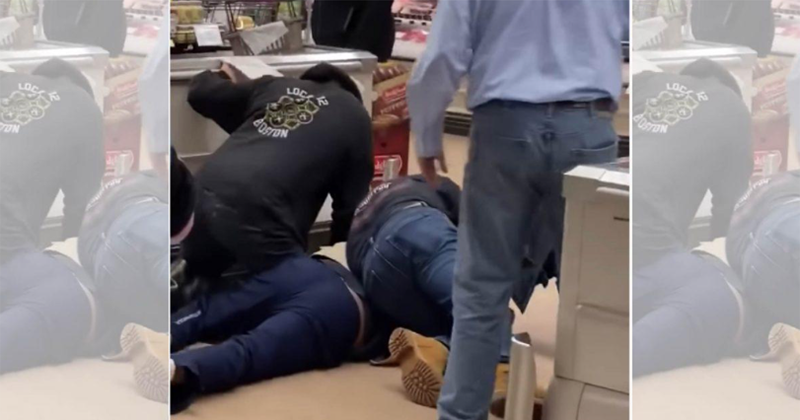 COVID-19 has turned Americans into bioterrorists. It’s alarming how many people are using their bodily fluids as a weapon against their fellow Americans.

I don’t know if this disease is bringing out the inner sociopath or giving people some sense of “power,” but it’s really, really disturbing.

Case in point – a group of Massachusetts shoppers had to tackle a man and hold him down until police arrived after they saw him coughing and spitting on produce.

You can watch the video below:

We can see part of the melee thanks to cell phone video shot from inside a “Stop & Shop” in Kingston on Saturday.

The footage shows three men on top of the culprit in the produce aisle. “Don’t try and get up,” one of the shoppers warns the man.

Witnesses told police they watched as the 65-year-old man was coughing and spitting on produce.

Employees of the store said punches were also exchanged between the man and one store employee.

Kingston police may pursue charges against the unidentified man, including assault and battery, and destruction of property.

Uh, the police better charge him. This man is sick, and should also be mentally evaluated. He’s clearly a ticking timebomb.