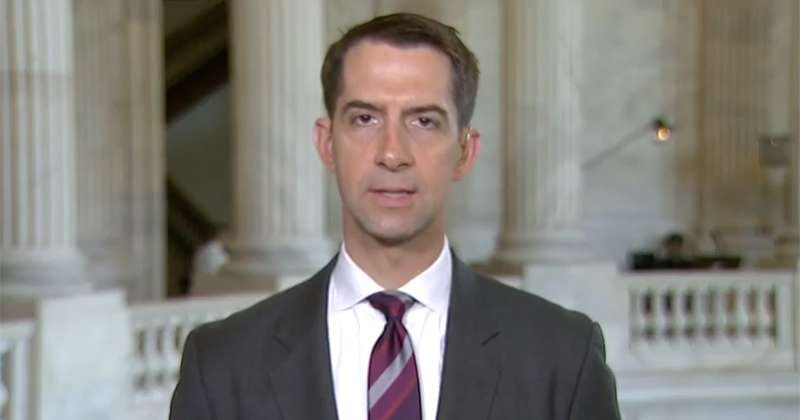 Senator Tom Cotton said Tuesday that the onus is on China to produce evidence that will dispute the global intelligence assessment that there is a high possibility that the coronavirus could have leaked from the Wuhan Institute of Virology.

Appearing on Fox News, Cotton said “all of the evidence — albeit circumstantial — points directly at those labs.”

“The fact that they use bats, that they research coronaviruses, that they have a history of bad safety practices, that the original person infected with the virus had no contact with the [seafood] market — all of that is circumstantial evidence to be sure,” cotton conceded.

“But, in intelligence questions, we rarely get direct or conclusive evidence,” he added.

“And, if the Chinese Communist Party has evidence to the contrary, they need to bring it forward to the world,” he asserted.

“That is a different question from saying that laboratory may have had bad safety practices and there could have been an accidental breach which was the original source of what has become this terrible pandemic.” the Senator explained.

Cotton has been pushing for a robust investigation into China’s culpability from the beginning of the outbreak.

The Senator has slammed the communist Chinese government, describing its actions as “deliberately malevolent” when it comes to the coronavirus pandemic.

He has also suggested that Chinese students should not be allowed to study sciences within the US until the country has been properly held accountable.

Speaking of the lab leak theory, Liu Xiaoming said “such talks are a political virus. If they go unchecked they’ll poison UK-China relations and even international solidarity”.