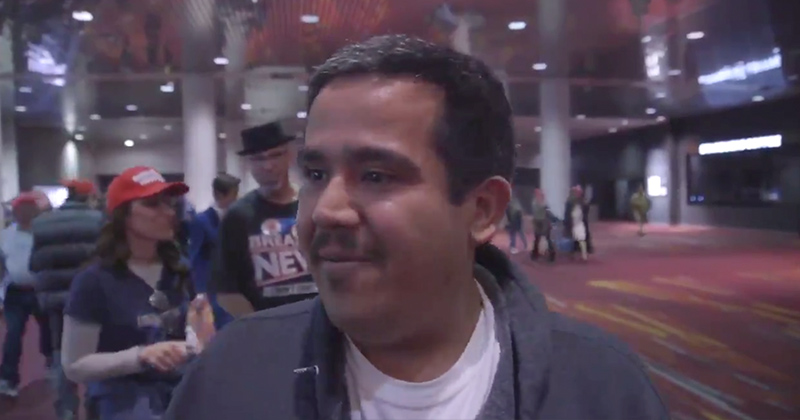 National Press Secretary for President Trump’s 2020 campaign, Kayleigh McEnany, talked with a former Democrat named Moses who just got out of his first Trump rally and sarcastically asked, “Where are all the racists everybody talks about?”

“This is my first rally,” Moses shared with me.

“I felt so comfortable here.”

“Me & my wife are from El Paso. We support @realDonaldTrump. We are 100% Mexican & we’re proud to be American!”

Speaking in the lobby outside President Trump’s Las Vegas, Nevada rally on Friday, Moses approached McEnany and said, “I felt so comfortable here.”

Mainstream media and Democrat politicians who claim Trump supporters are racist have it all wrong according to Moses, who said, “It doesn’t exist.”

“Just a whole lotta people who love America,” he added.

McEnany told Moses President Trump is flying back and asked if he could say one thing to POTUS, “what would it be?”

“I support everything you do,” Moses declared. “I am Latino. I am from El Paso, Texas. Build that wall. Stop letting so many illegals in. So many drugs come in through that border and you’re doing a good thing with that wall. Me and my wife are from El Paso, we support you, we are 100% Mexican and we’re proud to be American!”

This video highlights the sentiment of many Democrats who are choosing to #WalkAway from the party in the age of Trump.