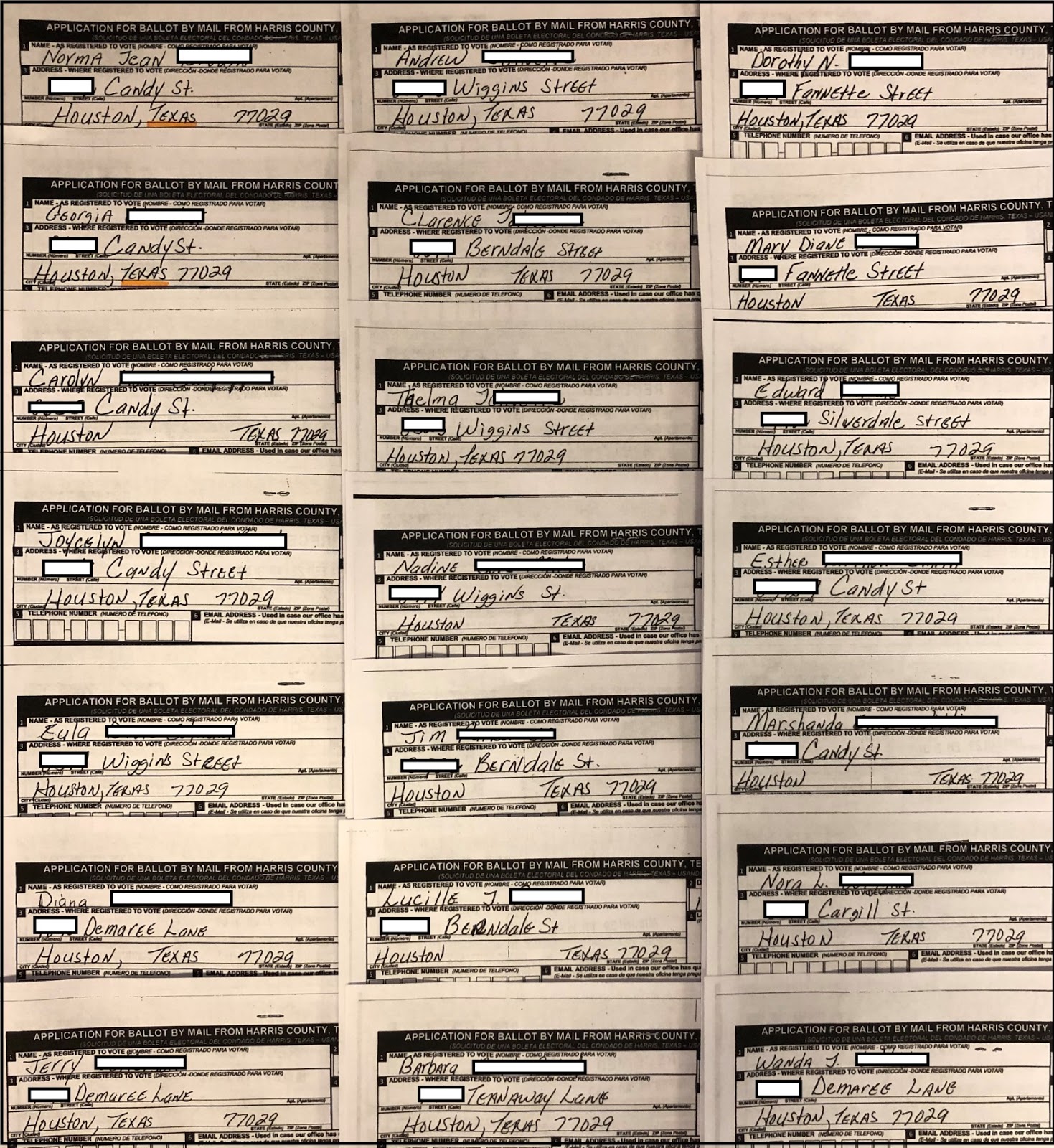 Citizen journalist Colleen Vera has discovered evidence of what appears to be a massive voter fraud ring operating in the state of Texas involving mail-in voting and Democrat political campaigns.

Vera alleges that the campaign of Democrat Congresswoman Sheila Jackson Lee recently paid two convicted forgers, and that other Democrat campaigns have also paid convicted forgers for canvassing efforts. I spoke to Collen Vera regarding her findings:

After the 2016 Democratic Primary, a candidate for Harris County Constable (Pct 3), Jasen Rabalais, filed a lawsuit claiming that a campaign worker for another candidate,Michel Pappillion, “deliberately falsified, illegally completed or unlawfully influenced the ballots and early voting applications of elderly residents in Harris County.”

The lawsuit was dismissed. But the following audio tapes had been made by the  Rabalais campaign  after he found out that an “alleged harvester” was working for an opponent’s campaign.

Then during the 2018 Primary, the following video was posted by Direct Action Texas. It appeared to show a campaign worker for Texas State Rep Harold Dutton Jr harvesting ballots of 400 elderly voters.

After viewing the video, I decided to do some research. I figured, if there was any evidence of mailed ballot voter fraud to be found in Harris County, the more recent one – Dutton’s race – was the best place to start.

I filed a request for public information covering the 1359 voters who voted by mail in Harold Dutton’s race. I requested electronic copies of the voters’:

My first thought was to match each voter’s mailed ballot application with the voter’s ballot envelope and compare signatures to find those which may not match. But as I reviewed the documents, something else jumped off the page…

32 hand written applications for mailed ballots – all from different voters – but all written in the exact same handwriting.

Looking closer, something else jumped off the page.

All 32 returned their application for a ballot by mail in the same pre-printed envelope with the same style stamp. 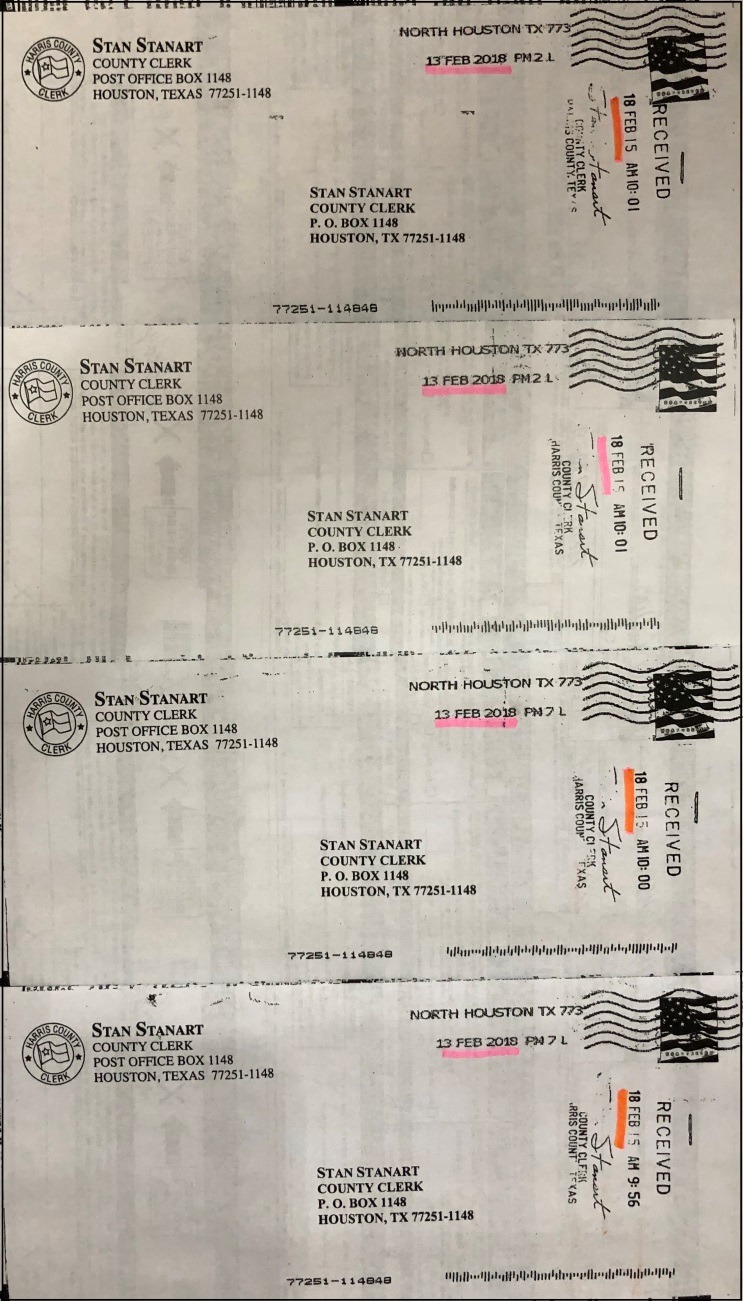 30 ballots from Precinct #259 – in which the voters voted for ALL the same candidates – and they ALL used the same style “X” to mark their ballots. 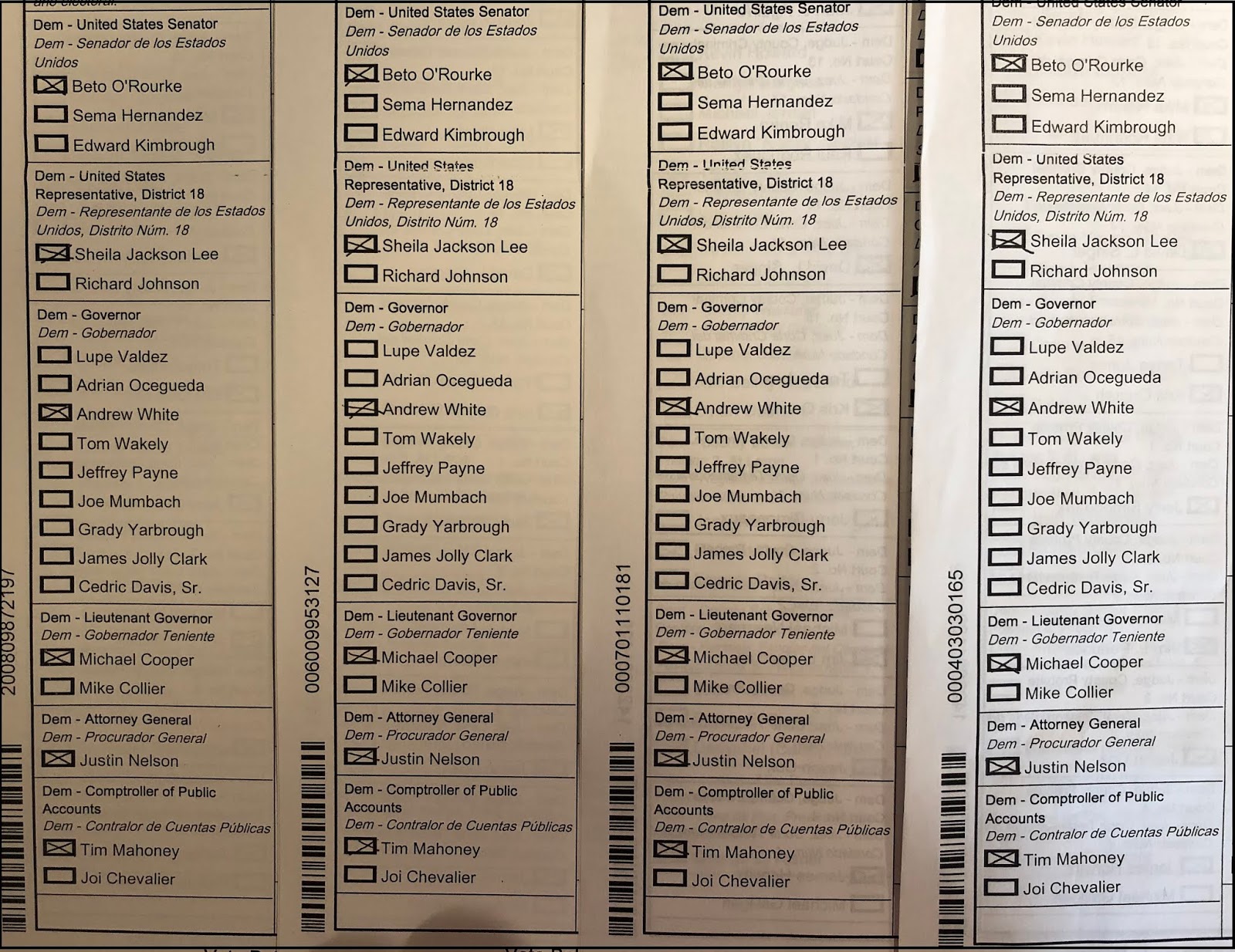 …I filed another public information request and received a handwritten sign out sheet for persons who had picked up packages of 50 or more applications for mailed ballots in 2018. Two concerning issues from that list. 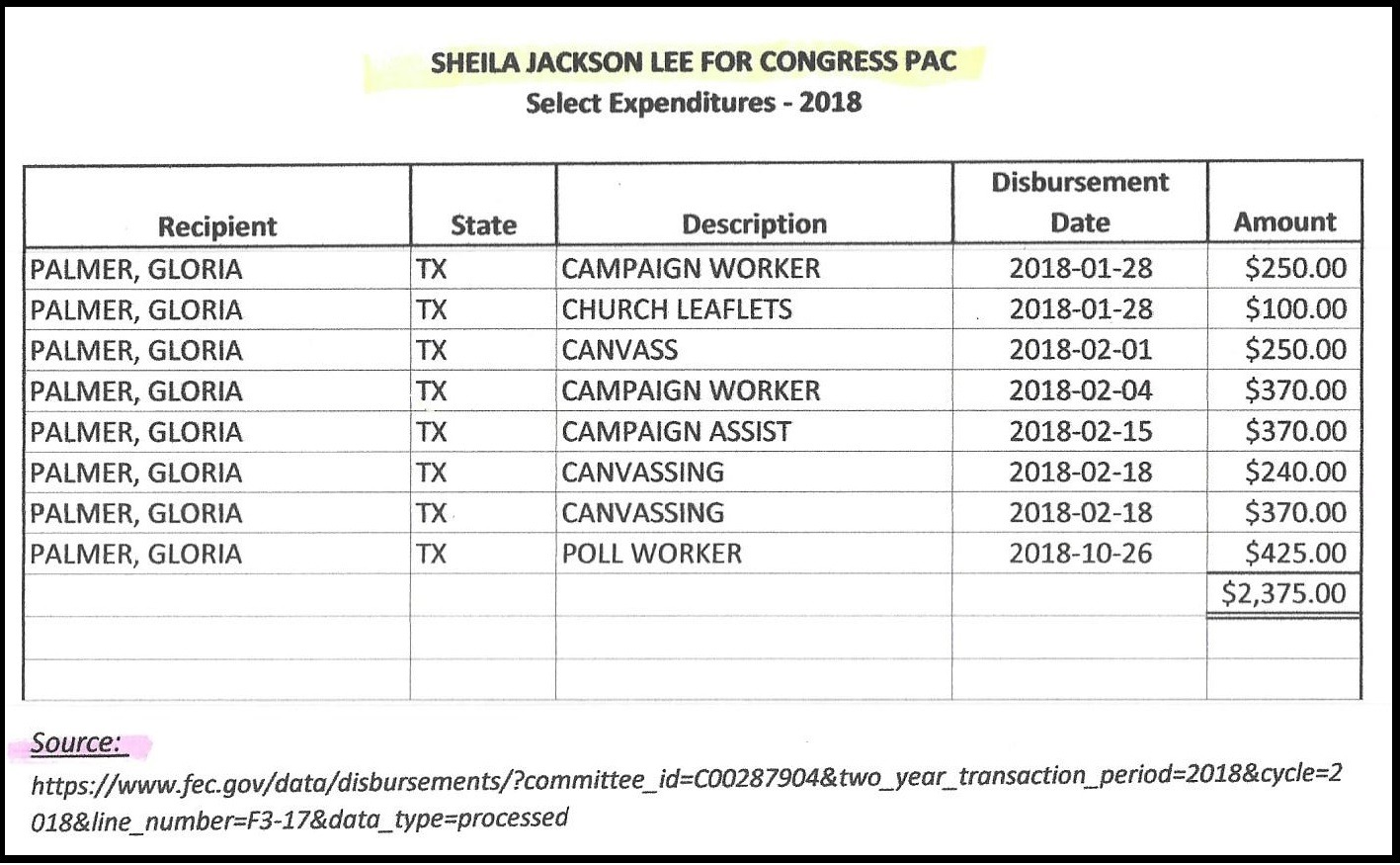