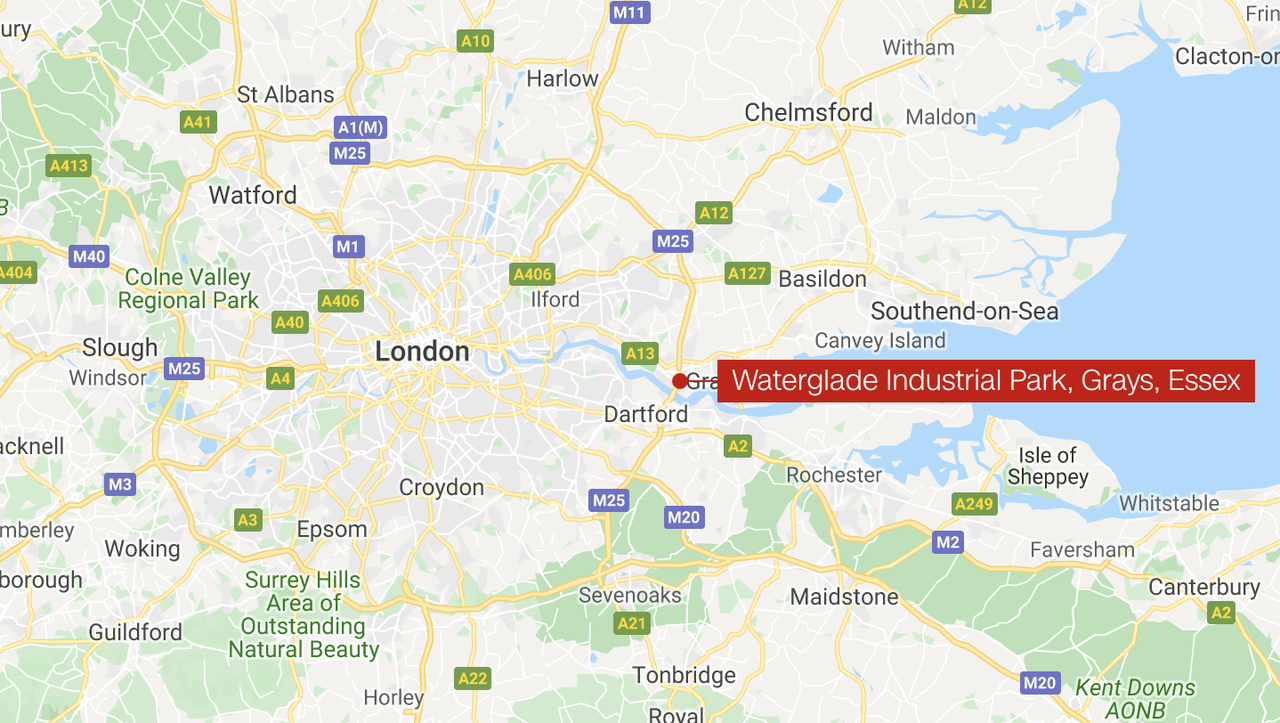 Offering a grim break from the flurry of Brexit-related news, first responders in the county of Essex made a horrifying discovery early Wednesday morning: A container truck with 39 bodies inside.

According to media reports, the bodies were found inside a truck at the Waterglade Industrial Park in Grays, Essex. Of the 39 people found dead, 38 were adults, while one was a teenager.

In a statement issued Wednesday morning by Essex Police, a spokesman revealed that a 25-year-old truck driver from Northern Ireland had been taken into custody on suspicion of murder. The way the statement was worded, it implied that some of the people inside the truck were found alive, as emergency first responders were called and arrived on scene after they were discovered. It’s unclear how they were discovered, exactly.

Police said they believe the truck was from Bulgaria, and that it entered the country through the Welsh port town of Holyhead on Saturday after arriving via Dublin. Police were alerted to the scene by first-responders at around 1:40 am local time.

Police Chief Superintendent Andrew Mariner said police were in the process of identifying the dead.

“We are in the process of identifying the victims, however I anticipate that this could be a lengthy process.”

“We believe the lorry is from Bulgaria and entered the country at Holyhead on Saturday 19 October and we are working closely with our partners to investigate.”

Mariner said police have put up a cordon around the area and closed off the industrial park.

“We have arrested the lorry driver in connection with the incident who remains in police custody as our enquiries continue. I appreciate this cordon is going to disrupt the activity of local businesses in the area and we will work to ensure that disruption is kept as short as possible. We are working with Thurrock Council to mitigate against any impact our investigation scene will have locally.”

The gender and nationality of the victims hasn’t been revealed.

Prime Minister Boris Johnson said he is “appalled by this tragic incident in Essex” and that he is receiving regular updates from the Home Office. Home Secretary Priti Patel said Home Office immigration officials were working closely with police to establish what happened.

Rumors online suggest that the deaths are connected to suspected human trafficking.