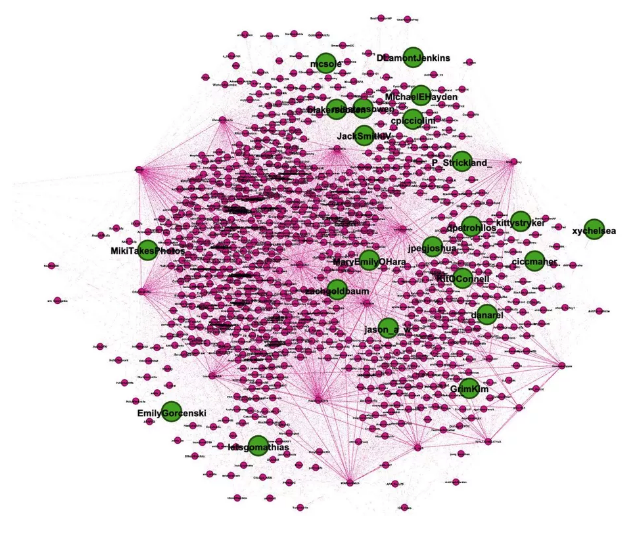 Eoin Lenihan, a former teacher-turned-analyst, has been banned by Twitter after exposing direct connections between mainstream media journalists and far-left Antifa activists.

Before the Wednesday ban, Lenihan detailed the links between the extremist group and journalists working for the Guardian, HuffPost, Al Jazeera, Vox and others on his Twitter account.

To do this, he mapped the social interactions of 58,254 Antifa accounts on Twitter and narrowed the number down to 962 accounts using a software tool that analyzed the number and nature of connections associated with each individual account.

Of the 962 pro-Antifa Twitter accounts, 22 were found to be verified accounts of journalists and 15 of them work for national, mainstream outlets.

Writing for Quillette.com, Lenihan reports, “In identifying this group of 15 journalists whose engagement with Antifa is especially intense, our goal was not to accuse them of bias out of hand, but rather to identify them for further study, so as to determine if there was any overall correlation between the level of their online engagement with Antifa and the manner by which these journalists treated Antifa in their published journalism.”

Below is a chart Lenihan posted to Twitter before being banned that gives a visual representation of the connections.

After further research, Lenihan concluded that not one of the 15 journalists ever wrote an article critical of Antifa and instead, only downplayed Antifa violence.

Looks like antifa’s Twitter mob mass reported Dr @EoinLenihan & got his account suspended. They’ve been trying to target him ever since he released report showing how some journalists & writers have close ties to antifa extremists & were working to mainstream those ideas.