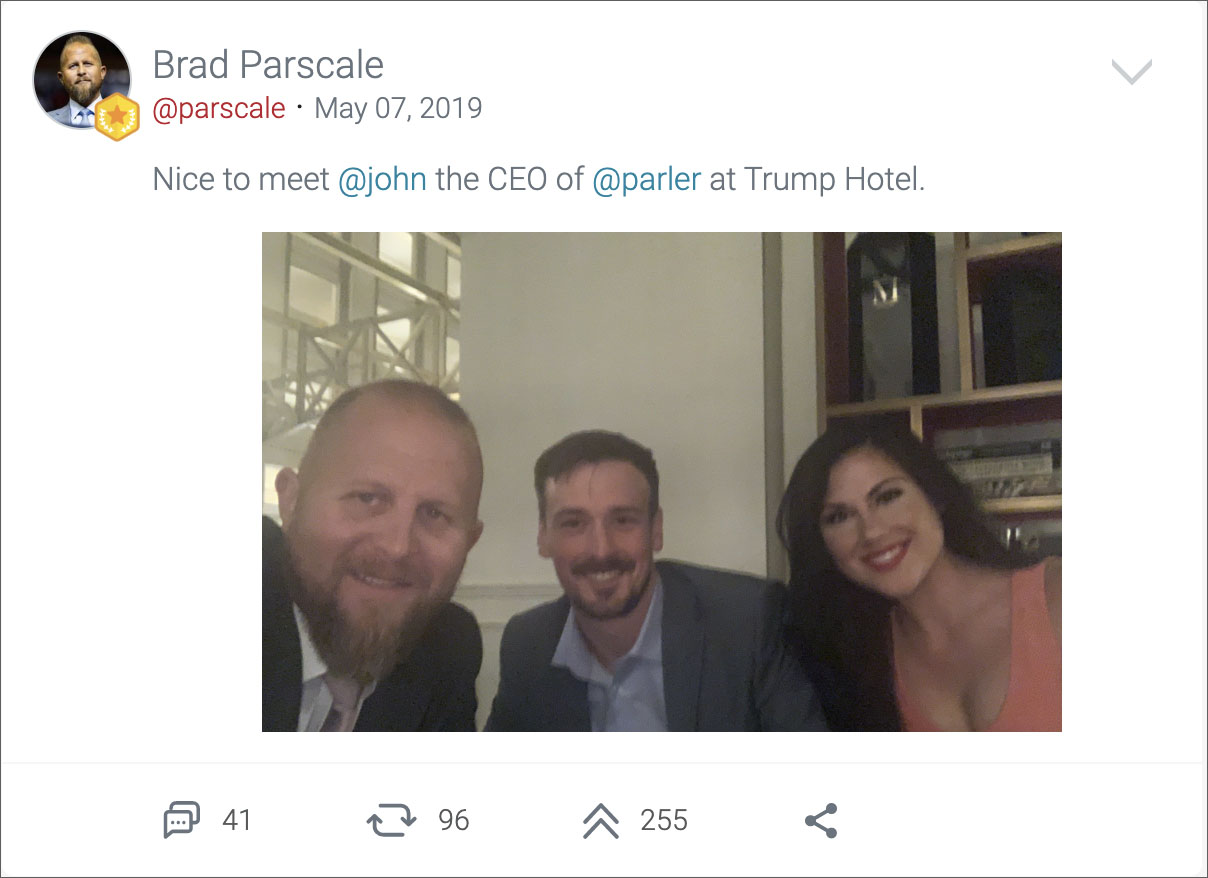 President Trump’s 2020 campaign manager is “checking out” several social media alternatives in the wake of escalating left-wing censorship, according to reports.

Campaign manager Brad Parscale is considering creating a new account for Trump on the social media website Parler, which touts a platform of free speech and privacy rights.

“It’s something he’s aware of and is checking out,” one campaign official told Politico on Tuesday. “We don’t currently have a plan to make a big move to the platform.”

Parscale also posted a photo of himself with Parler’s founder John Matze earlier this month at the Trump Hotel in Washington, D.C., hinting that discussions with other social media networks are underway.

Parler’s founder John Matze said he hopes his website will attract people from “all political persuasions” and that conservatives especially will feel that their voices are heard. 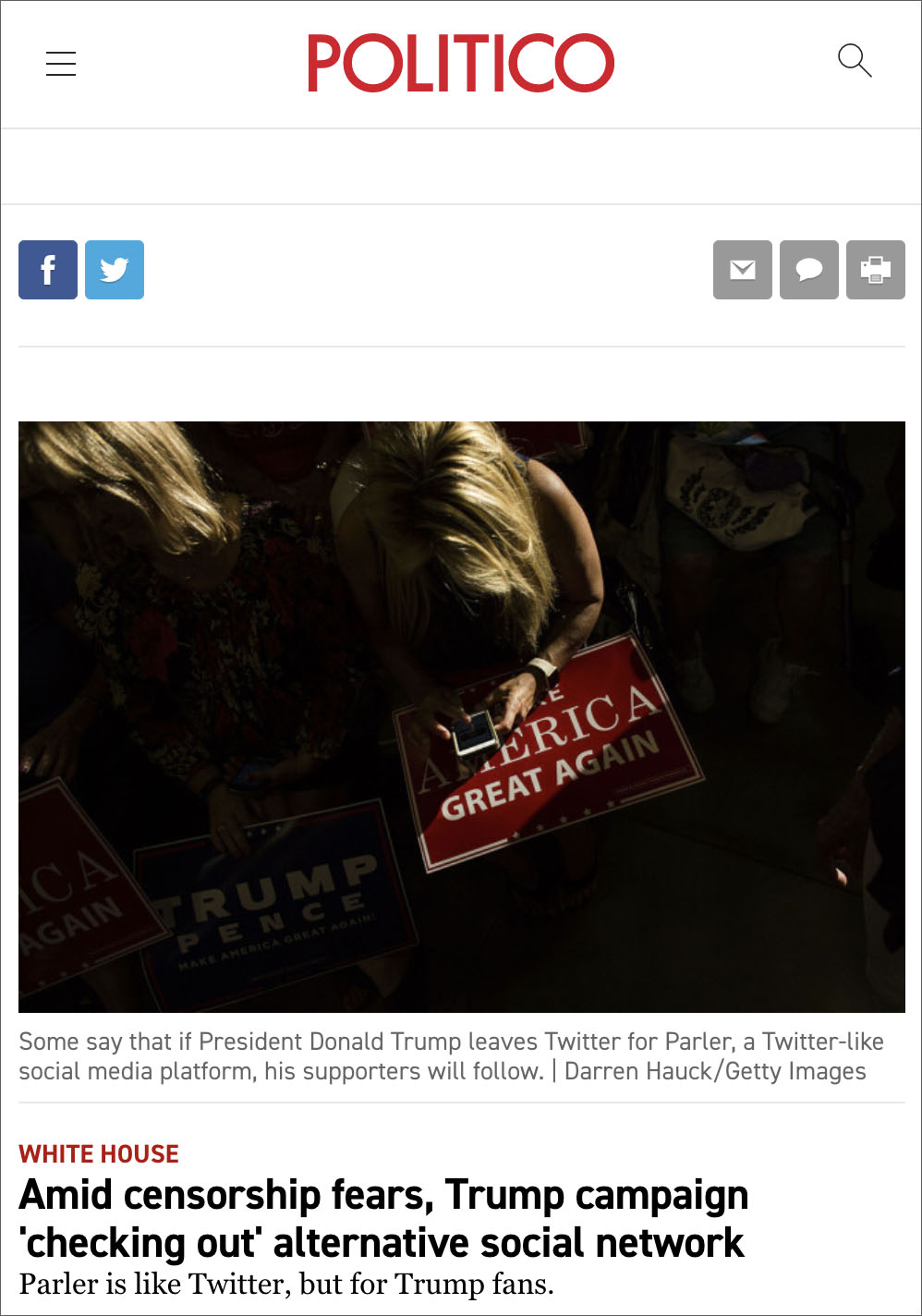 “We’re pretty much bipartisan from our standpoint,” Matze said. “I really don’t want to take a stance at all on the political side of things. However it seems extremely relevant right now for conservatives at least to build a platform where they can build trust. They feel extremely abused by social media.”

Parler is relatively small, with a user base of about 100,000 users. Gab founder Andrew Torba, whose site has amassed about 1 million users, said that “Parler is a ghost town.”

“Obviously I’d like to see it build up,” he said. “For now, it’s a small, nice, conservative community.”

Will Johnson breaks down how and why conservatives and liberty lovers across the internet are being silenced, banned, and jailed worldwide. He also reveals the racist origins of Planned Parenthood and exposes the current history being written in defense of unborn African Americans in the womb.