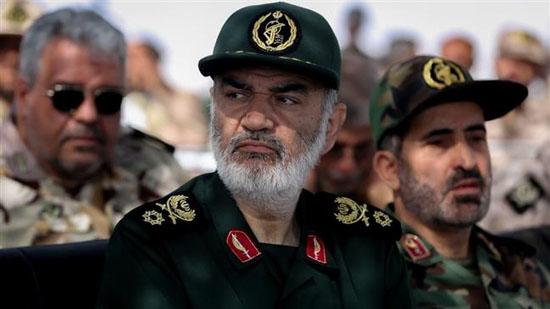 lran is currently in “a full intelligence war” with the United States, according to statements by the head of Iran’s Revolutionary Guards, Major General Hossein Salami on Saturday.

“We are in a full intelligence war with the United States and the enemies of the Islamic Republic. This war is a combination of psychological warfare, cyber operations, military operations, diplomacy, fear, and intimidation,” Salami, who became head of Iran’s elite military force last moth, was quoted as saying by Fars news agency. He further noted Americans in the region face “great risks” at this point. “America has lost its power, and even though they look powerful, they are frail,” he said.

But what’s most likely to capture the West’s attention is his invoking the 9/11 terror attacks: “In reality America’s story is the same as the story of the World Trade Center that collapsed suddenly with one strike,” he said, using the example both as a threat and to claim the mighty US empire can be brought to its knees with one strategic blow.

His combative statements came days after he said provocatively that the IRGC stood on the “cusp of a full-scale confrontation with the enemy.” In that prior address , Salami notified his forces, “This moment in history, because the enemy has stepped into the field of confrontation with us with all the possible capacity, is the most decisive moment of the Islamic revolution,” according to Fars.

Washington has already deployed the USS Abraham Lincoln carrier strike group and new Patriot missiles, along with a B-52 bomber group to the Persian Gulf region, but Saudi Arabia and other gulf states this weekend have reportedly agreed to host American forces “at sea and on land to deter Iran” according to a new report in Israeli media, citing Arabic sources:

Saudi Arabia and a number of Gulf states have agreed to let the United States deploy its forces at sea and on land to deter Iran from a possible attack, Saudi daily Al-Sharq Al-Awsat reported on Saturday.

An unnamed Saudi official told Al-Awsat that the “agreement was aimed at deterring Iran from a military escalation, including attacking American targets… and not with the aim of entering into a war with it.”

Saudi Arabia has blamed the IRGC of “sabotage attacks” on two of its vessels as they entered the Strait of Hormuz a week ago, which further involved damage to two other international vessels.

Iran for its part dismissed these and other accusations as part of “psychological warfare” – according to one top Iranian parliamentarian and spokesman this week.

The country is in a state of anarchy – given how the term has been used historically – and it’s up to President Trump to use his executive powers vested in him by the constitution to restore law and order without restraint. Joining todays show is Mike Adams discussing the latest news about America’s border crisis. Also, Tommy Robinson is running for parliament in the UK to send a message to the establishment. Dr. Nick Begich delivers his commentary on the struggles legal immigrants have had to face and solutions for the future.

Meanwhile, even as the IRGC chief highlights an ongoing “full intelligence war,” de-escalation could be on the horizon, given that multiple headlines Friday noted “Trump doesn’t want war” and appears to be clamping down on hawks in his own administration.

Trump tweeted something Friday which actually lends credibility to Iran’s dismissing both the “sabotage” accusation and heightened bluster out of Washington over the past two weeks as a continuing Psyop — part of Bolton and Pompeo’s broader “maximum pressure” campaign.

With all of the Fake and Made Up News out there, Iran can have no idea what is actually going on!

Ironically, Trump and Gen. Salami appear somewhat in agreement over this being fundamentally an “intelligence war” and not yet headed toward an actual direct war, given the US president tweeted the following astounding statement : “With all of the Fake and Made Up News out there, Iran can have no idea what is actually going on!”