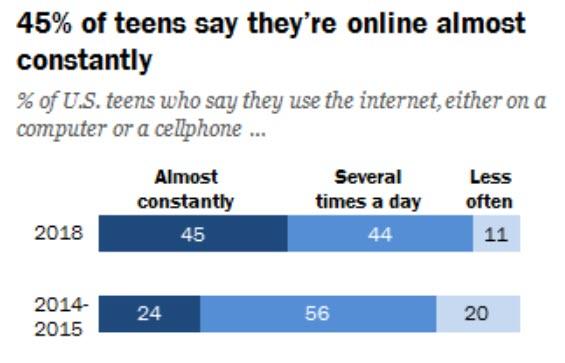 Fully 95% of teens have access to a smartphone, and 45% say they are online ‘almost constantly’, according to the latest Pew Research Center poll, increasing concerns, about what The Atlantic’s Jean Twenge calls the most crucial question of our age… “have smartphones destroyed a generation?”

Despite the nearly ubiquitous presence of social media in their lives… 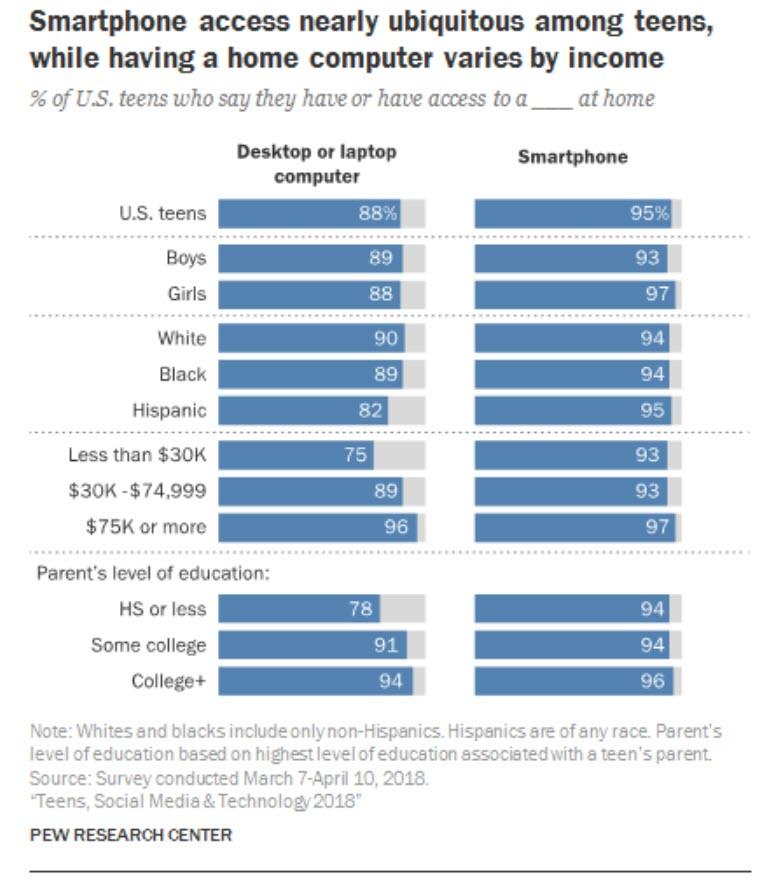 Acting AG Matt Whitaker testified at a House Judiciary Committee that he was aware of CNN filming the raid on Roger Stone and was “deeply concerned”. Alex and Roger break down this deep state scandal.

Pew notes that there is no clear consensus among teens about these platforms’ ultimate impact on people their age. A plurality of teens (45%) believe social media has a neither positive nor negative effect on people their age. Meanwhile, roughly three-in-ten teens (31%) say social media has had a mostly positive impact, while 24% describe its effect as mostly negative. 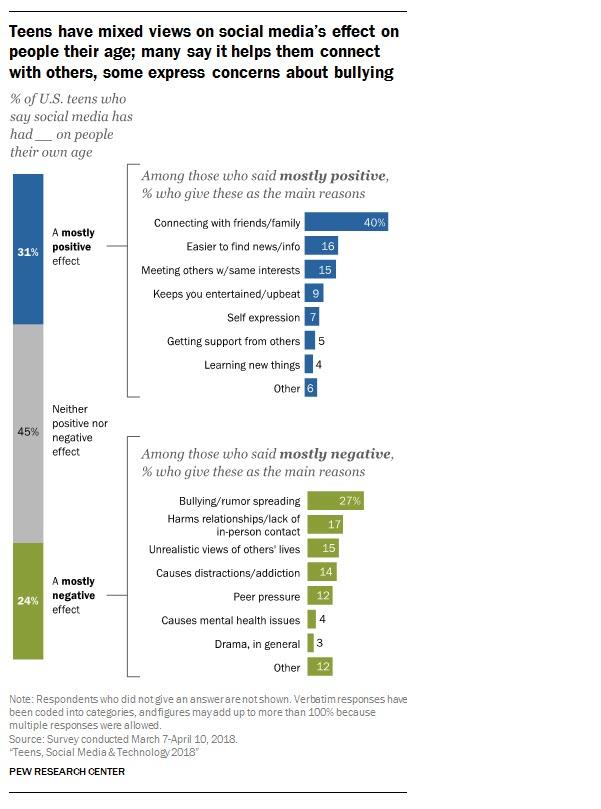 There is slightly less consensus among teens who say social media has had a mostly negative effect on people their age. The top response (mentioned by 27% of these teens) is that social media has led to more bullying and the overall spread of rumors.

“Gives people a bigger audience to speak and teach hate and belittle each other.” (Boy, age 13)

“People can say whatever they want with anonymity and I think that has a negative impact.” (Boy, age 15)

Meanwhile, 17% of these respondents feel these platforms harm relationships and result in less meaningful human interactions. Similar shares think social media distorts reality and gives teens an unrealistic view of other people’s lives (15%), or that teens spend too much time on social media (14%).

“It has a negative impact on social (in-person) interactions.” (Boy, age 17)

“It makes it harder for people to socialize in real life, because they become accustomed to not interacting with people in person.” (Girl, age 15)

“It provides a fake image of someone’s life. It sometimes makes me feel that their life is perfect when it is not.” (Girl, age 15)

“[Teens] would rather go scrolling on their phones instead of doing their homework, and it’s so easy to do so. It’s just a huge distraction.” (Boy, age 17)

Another 12% criticize social media for influencing teens to give in to peer pressure, while smaller shares express concerns that these sites could lead to psychological issues or drama.

But, as we detailed previously, there is compelling evidence that the devices we’ve placed in young people’s hands are having profound effects on their lives – and making them seriously unhappy. 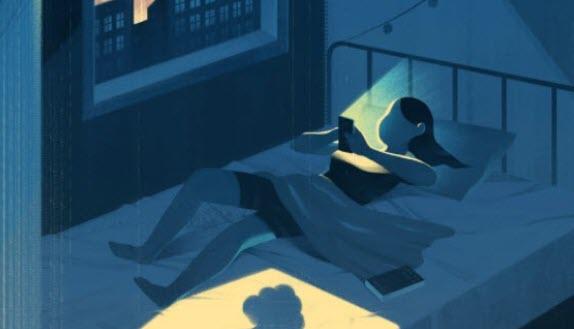 You might expect that teens spend so much time in these new spaces because it makes them happy, but most data suggest that it does not. The Monitoring the Future survey, funded by the National Institute on Drug Abuse and designed to be nationally representative, has asked 12th-graders more than 1,000 questions every year since 1975 and queried eighth- and 10th-graders since 1991. The survey asks teens how happy they are and also how much of their leisure time they spend on various activities, including nonscreen activities such as in-person social interaction and exercise, and, in recent years, screen activities such as using social media, texting, and browsing the web. The results could not be clearer: Teens who spend more time than average on screen activities are more likely to be unhappy, and those who spend more time than average on nonscreen activities are more likely to be happy.

The correlations between depression and smartphone use are strong enough to suggest that more parents should be telling their kids to put down their phone. As the technology writer Nick Bilton has reported, it’s a policy some Silicon Valley executives follow. Even Steve Jobs limited his kids’ use of the devices he brought into the world.

If you were going to give advice for a happy adolescence based on this survey, it would be straightforward: Put down the phone, turn off the laptop, and do something—anything—that does not involve a screen. Of course, these analyses don’t unequivocally prove that screen time causes unhappiness; it’s possible that unhappy teens spend more time online. But recent research suggests that screen time, in particular social-media use, does indeed cause unhappiness. One study asked college students with a Facebook page to complete short surveys on their phone over the course of two weeks. They’d get a text message with a link five times a day, and report on their mood and how much they’d used Facebook. The more they’d used Facebook, the unhappier they felt, but feeling unhappy did not subsequently lead to more Facebook use.

I realize that restricting technology might be an unrealistic demand to impose on a generation of kids so accustomed to being wired at all times. Prying the phone out of our kids’ hands will be difficult, even more so than the quixotic efforts of my parents’ generation to get their kids to turn off MTV and get some fresh air. But more seems to be at stake in urging teens to use their phone responsibly, and there are benefits to be gained even if all we instill in our children is the importance of moderation. Significant effects on both mental health and sleep time appear after two or more hours a day on electronic devices. The average teen spends about two and a half hours a day on electronic devices. Some mild boundary-setting could keep kids from falling into harmful habits.