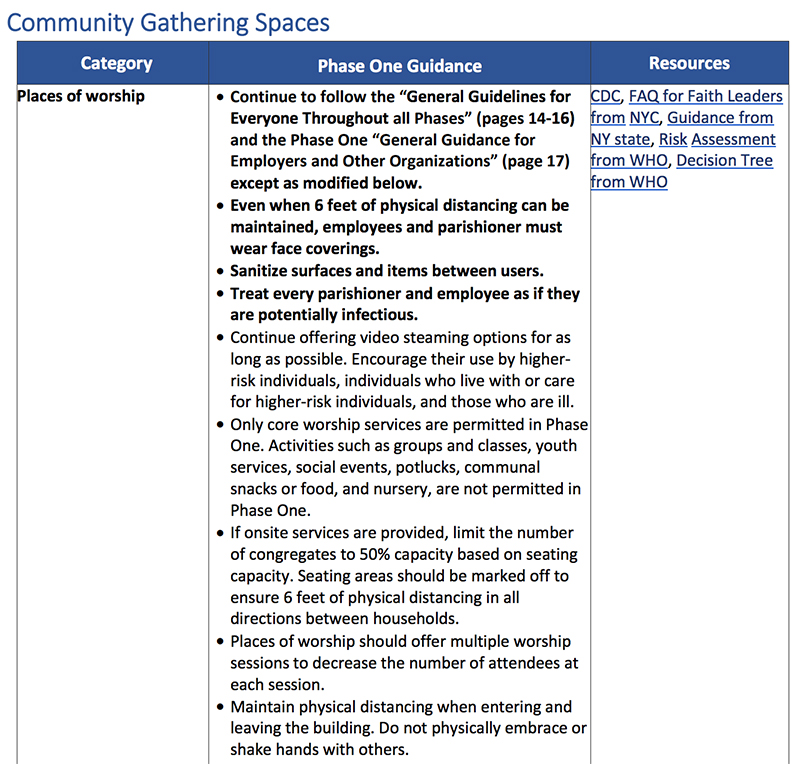 Officials in Knox County, Tennessee, are telling local churches to stop conducting communion, to remove Bibles from the pews and to even discourage singing during service.

The county released a “phased reopening” plan which, ironically enough, references several New York City guidelines for its models on how churches should conduct worship even though Knox Co. has no where near as many cases as NYC, nor does it even have the most cases in Tennessee, according to a case map by Tennessean.com.

According to Knox Co.’s own data, the county has had 232 positive cases of Covid-19, with 199 reported recoveries as of the time of this writing.

Now, according to the reopening plan:

– The physical taking of communion/sacrament should not be performed due to the serial breaking of physical distancing across a congregation. Consider guiding parishioners in how to connect with the spiritual aspects of these practices during this phase.

– Singing is discouraged as it is thought to be an activity that expels significantly more virus than talking.

– Deep cleaning should occur between services. Remove all communal items (for example, tithe plates, hymnals, bibles, etc.). If applicable, use a donation box instead of tithe plate.

We’ve reached out to the county to see why New York City guidelines were used instead of guidelines by the State of Tennessee.

The county could potentially put itself at risk for litigation given that government officials are basically telling churches how to conduct worship, especially with the claim about singing.

At some point it might be more prudent for churches to remain closed instead of allowing the government influence over their theology.

This story does bring to mind an incident in China in which Christian churches were forced to replace the Ten Commandments with quotes from Chinese President Xi Jinping.

“Some congregations have been threatened to be blacklisted by the government, meaning that their travels will be restricted and schooling and future employment of their offspring will be impeded if they refused to overhaul their churches according to the current national policies,” according to a journalist who covered the story. “Disobeying the orders means opposition to the Communist Party, officials claimed.”

Now while that incident didn’t take place amid a pandemic, it does underscore the dangers of allowing government inside the church, regardless of the reason.