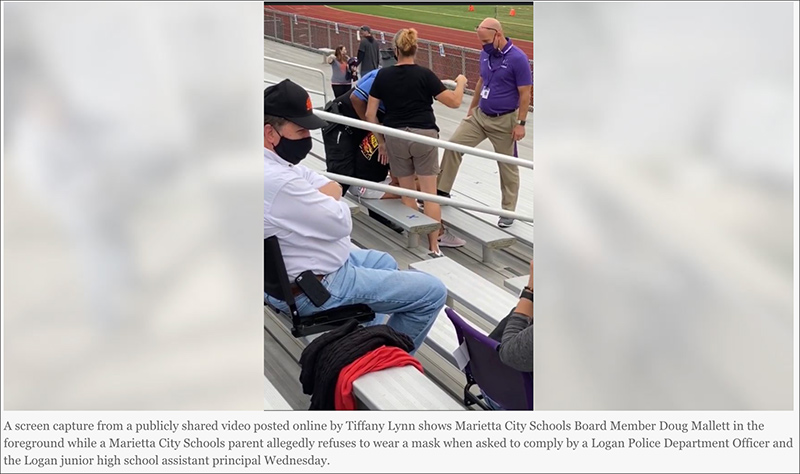 Disturbing footage out of Ohio shows an officer using a taser on a mother attending a junior high football game all because she didn’t have a mask on.

The video, filmed during a game between Logan and Marietta junior high school teams, begins with a large police officer physically struggling with the woman, attempting to put cuffs on her, and telling her to put her hands behind her back.

“I will not put my hands behind my back. I’m not currently doing nothing wrong,” she tells the officer.

“This is over a mask,” one witness is heard claiming.

A still frame from the video shows the woman has a face mask with American flag pring in her right pocket.

Onlookers are overheard questioning whether the officer confronting the woman is a police officer or a security guard, which they confirm by saying “POLICE” is written on the back of his shirt, and whether it’s lawful to arrest someone over a mask violation.

After grappling with her for moments, the cop next pulls a taser and uses it on the woman.

“Tasing this lady over not wearing a mask!” a bystander exclaims.

“It’s time for me to go back to Florida,” another woman says.

One photo obtained by the Marietta Times shows the woman still resisting as she’s led off in handcuffs following the struggle. 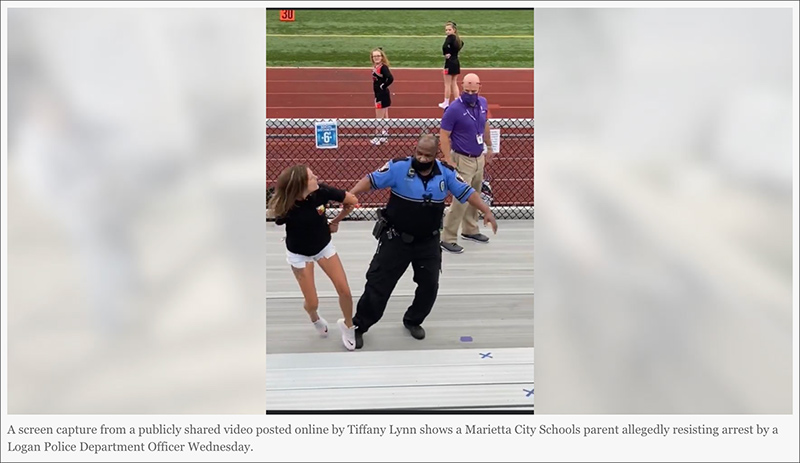 The Times notes police are currently still investigating the incident.

The onlookers were criticized on social media for sitting idly by as their fellow citizen was accosted over the ridiculous mask mandate.

Everyone just sits and watches https://t.co/0OGedZMcpR

Check out a report from local media WBNS regarding the incident: