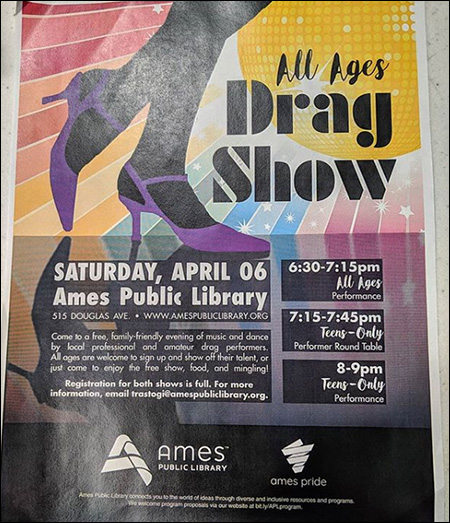 Photos and video taken at a public library in Iowa show children giving money to drag queens as they perform on stage.

The disturbing images come from an All Ages Drag Show event held at the Ames Public Library on April 6.

“Come to a free, family-friendly evening of music and dance by local professional and amateur drag performers,” a flyer for the event sponsored by the library reads. “All ages are welcome to sign up and show off their talent…”

Photos show several children offering money to a man dressed as a woman wearing a skirt, high heels and a crop top.

An activist with the SafeLibraries watchdog group highlighted the images on Twitter earlier this week, asking if it was appropriate for the American Library Association to be sponsoring events like these across the country. 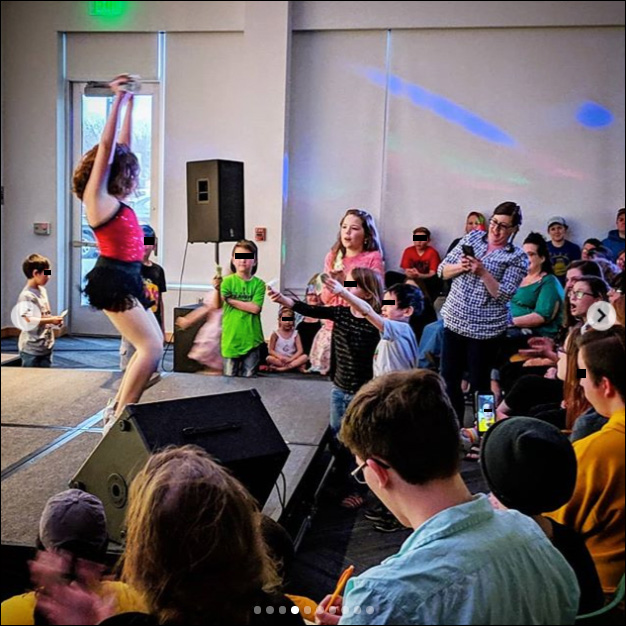 Responses on Twitter skewered the event, with one librarian calling it “absolutely appalling.”

This is absolutley appalling. I am a librarian and a mother, and there is NO WAY I would let my children participate in anything like this. I don't know how people can think this is a normal activity, and in a library, no less!!

Libraries are not the place for this!

If my kid went there and they exposed him to that crap I’d want to burn the damn library to the ground.

One Twitter user pointed out a Facebook picture from last month showing library staff wearing a “Pride” shirt which says “Card-carrying member of the queerest library in the universe.”

When the library buys shirts like this….you know all objectivity is off the table. pic.twitter.com/rYUImUxnid