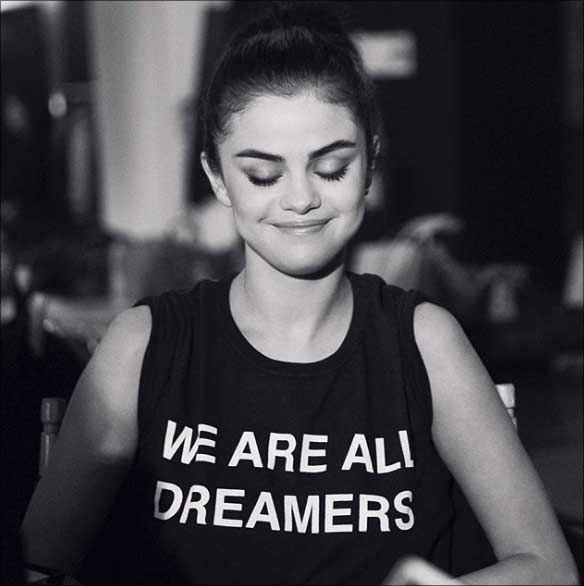 “Social media has really been terrible for my generation,” she said. “I understand that it’s amazing to use your platform, but it does scare me when you see how exposed these young girls and young boys are and they’re not really exposed to the news or what’s going on.”

The millennial star continued, “I think it’s dangerous for sure. I don’t think people are getting the right information sometimes.”

Gomez, who ironically has one of the largest followings on Instagram with 150 million fans, has taken hiatuses from social media in the past.

It appears as if the 26-year-old actress is concerned about misinformation on social media, not the mental health side of the debate.

It would come as no surprise if she supported the war on free speech currently being waged by tech giants as she has made her liberal viewpoints public in the past.

In January 2018, she wore a shirt reading, “We are all dreamers,” and the year before she wore a jacket with a patch that said, “God bless nasty women.”

Interestingly, many top tech execs have warned that social media and extended screen time are harmful to humans, both physically and mentally.