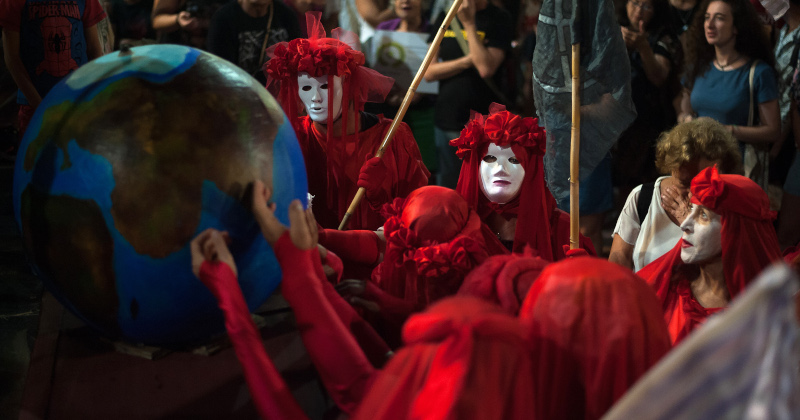 A school in eastern Sweden, perhaps hoping to create the next Greta Thunberg, has come in for heavy criticism after saying that its students must take part in a climate change protest during school hours.

According to local media, some school principals in Sweden have given approval for students to step out and attend the climate strike, once their permission was sought.

Alex Jones makes a plea to fight for the children as we face a darkness that feeds on their innocence.

However, the school in Umeå said that its students must take part in the movement, regardless of if they’d asked to or not.

The decision has been criticised by Swedes on Twitter as undemocratic and authoritarian for forcing children to take part in a movement even if they don’t wish to.

Local councillor Anders Ågren said in a tweet that parents were told that the school had made the decision at the request of Thunberg.

The teenager, who has herself been ‘on strike’ from school every Friday for a year, called on young people around the world to skip school for global protests in September to urge leaders to take action on climate change.

Climate strike participation by pupils is reportedly not supported by the teaching unions in Sweden, who say the key to tackling the climate issue is education.

Watch the video of Greta Thunberg attempting to stare down President Trump.