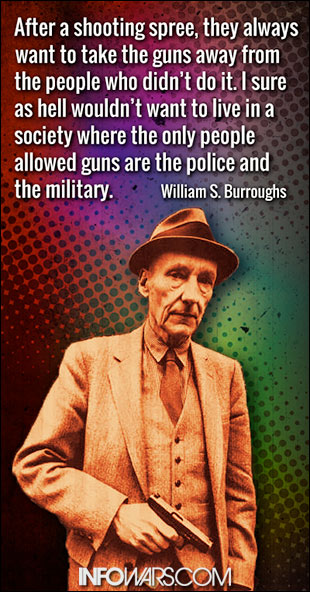 Indiana Rep. Ed DeLaney said on Tuesday the state “blew it” when it did not enforce a gun ban on James Wesley Howell, the man arrested in Santa Monica, California on weapons charges soon after the attack on the Pulse nightclub in Orlando, Florida.

Police records indicate Howell was in possession of a loaded AM–15, a firearm similar to an AR-15 manufactured by Anderson rifles. The AM-15 is a civilian weapon and is not fully automatic, as Delaney claims. Since Orlando, Democrats have characterized semi-automatic rifles as automatic military weapons.

Guy Relford, the owner of Tactical Firearms Training in Indianapolis and a Second Amendment attorney, told the Associated Press DeLaney “simply doesn’t understand anything about firearms.” He added that the 1994 assault weapons ban did nothing to reduce violent crime. His claim is backed up by a study by the National Institute of Justice.

“Every time we have a mass shooting what these politicians want to do is to turn around and take guns out of the hands of everybody who didn’t do it,” Relford said.

“If [Mateen] was not able to buy a weapon that shoots off 700 rounds in a minute, a lot of those people would still be alive,” the Democrat congressman said. “If somebody like him had nothing worse to deal with than a Glock pistol … he might have killed three or four people and not 50. It’s way too easy to kill people in America today, and we have to think long and hard about what to do about that.”

The firearm allegedly used by Omar Mateen in Orlando was a Sig Sauer MCX rifle. It fires 45 rounds per minute. Grayson later modified his statement to say Mateen’s firearm could fire 700 rounds per minute if converted to full auto.

“You can expose it to an electrical charge, and it will not detonate. You can try to ignite it with a match or a torch, or smash it with a hammer. It will not detonate. You can shoot it will a .22 rifle or 9mm +P hollowpoint from a pistol, and it will not go off. The minimum threshold to consistently detonate a Tannerite is a FMJ [full metal jacket] bullet moving at a bare minimum of 2,000 feet-per-second.”

Howell was rated a low-level offender in Indiana on a misdemeanor intimidation conviction and ordered in April to forfeit all firearms under the terms of his probation.

Earlier this week, the Senate refused to advance four measures on so-called gun control. Senator Susan Collins, Republican of Maine, and Senator Heidi Heitkamp, Democrat of North Dakota, responded to the defeat by announcing a proposal to prohibit gun sales to individuals on the government’s secret no-fly and selectee lists.

Collins was joined at a news conference announcing the proposal by Senator Tim Kaine, a Virginia Democrat who is frequently mentioned as a potential running mate for Hillary Clinton.