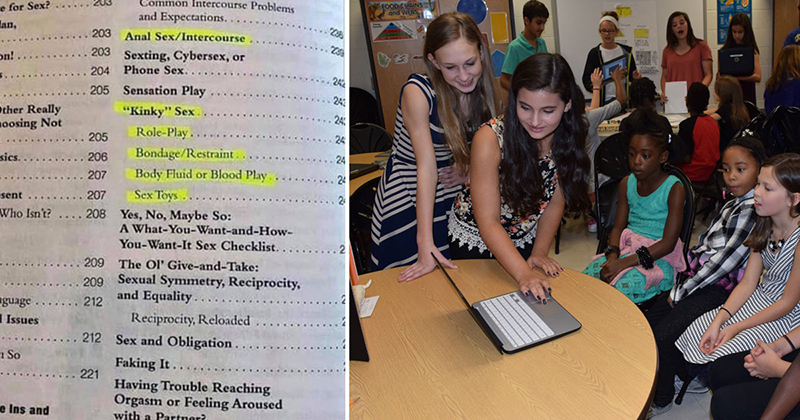 California has blazed a trail for what is packaged as social progress, especially with their sex education, being one of four states–New Jersey, Colorado, and Illinois–to add mandatory LGBT history into their curricula.

A Facebook post containing a picture of the index of the textbook, named SEX, showed the relatively extreme sexual acts reportedly taught to young teenagers.

Rob Dew joins The Alex Jones Show to play a leaked video of Soumya Swaminathan, the Chief Scientist of the WHO, admitting in a secret meeting that vaccines kill people and they do not know why.

However, a chapter devoted to “kinky sex” promised to explain role-play, bondage/restraint, body fluid or blood play, and sex toys.

One report claimed that 8th graders were given the material to read, while another stated that it was targeting grades 9-12.

After a backlash from parents, the content was pulled from the teaching material.

According to the Facebook post from Informed Parents of Washington, the “book called ‘SEX’ was originally on the California schools suggested reading list for kids 9-12th grade.

“After a huge public outcry it was removed. The fact that it was even deemed acceptable by those in charge of creating the reading list for California’s school children is what is most abhorrent and unacceptable.”

Across the pond in the UK, the Warwickshire local council came under fire and eventually shut down a sex-ed website which detailed sexually explicit acts such as ‘cock-and-ball torture’ and ‘felching.’

California has also made social changes to its public school policies.

Suspensions are no longer a viable punishment for willfully disobedient students, as students of color are disproportionately affected by suspensions of this nature.