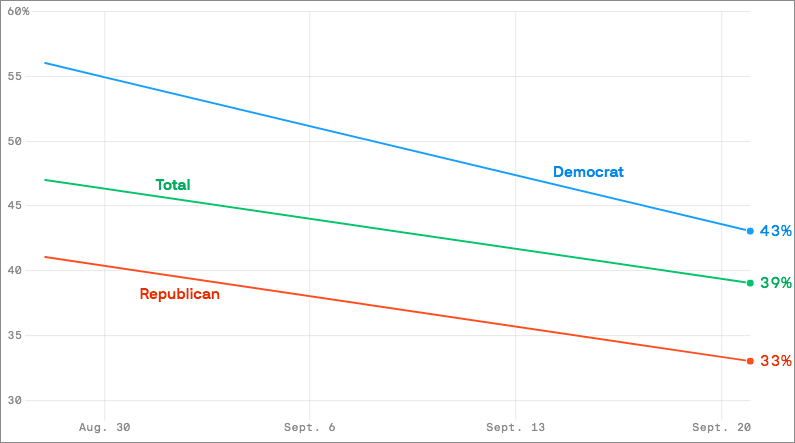 According to a pair of surveys conducted by Axios/Ipsos, the number of Americans willing to try out the first round of COVID-19 vaccinations has dramatically dropped over the past month.

The graph below shows both Democrats and Republicans have become more skeptical of the vaccine.

Only half of those surveyed would pay for the injection out-of-pocket and just 13% would take the shot right away.

Likely due to a distrust of the Trump administration, Democrats saw the largest drop in willingness to take the vaccine at a 13% reduction.

Republican vaccination approval dropped 8% and for Independents, it dropped 2%.

If this trend continues, virtually no Americans are going to want to take the vaccine and if your an Infowars reader, you know that might actually be a good thing.