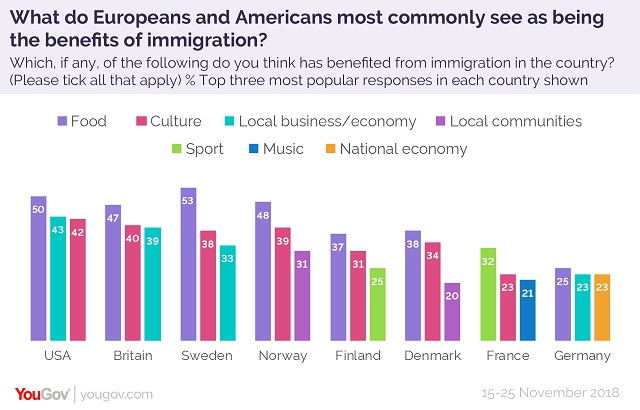 Americans and Europeans say “better food” is the biggest benefit of immigration, while “crime” and a drain on the welfare system are the biggest downsides according to a new survey.

The YouGov study was conducted last year but the results were just released.

In nearly all the countries surveyed, respondents said “better food” was the biggest advantage of mass immigration, outweighing contributions to culture, local businesses and economies, local communities, music and sport.

When asked what ‘harm’ immigration has caused, most said an increase in crime or the cost that migrants who go on welfare has had on the economy.

Most respondents in Sweden, which has taken in large numbers of “refugees” since 2015, were particularly concerned about “crime” and “security”. 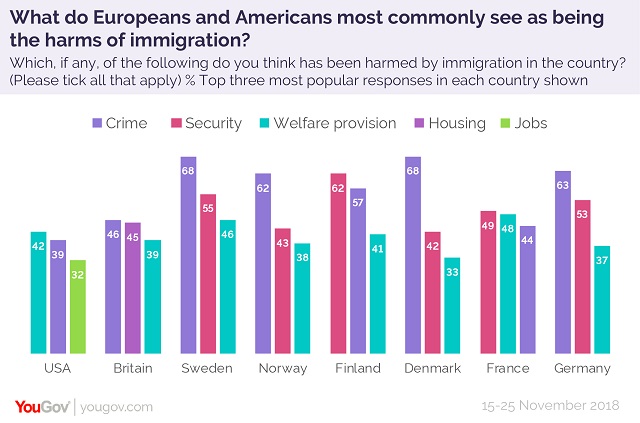 Americans were concerned slightly more over the drain on the welfare system than crime, while in Britain a large number of respondents were also worried about the impact immigration has on the affordability of housing.

“If only there was some way to make ethnic food without bringing nearly two million people into the country (legally and illegally) ever year and getting all those downsides,” commented Chris Menahan.

Indeed; We’ve got the recipes!