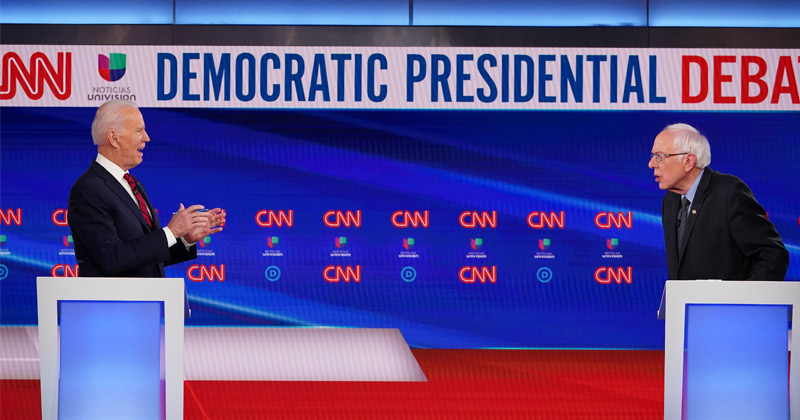 Today’s stock of progressive politicians seeks “bold” action to combat the laundry list of ills of which they believe the United States is guilty.

From perpetuating economic racism to environmental racism to criminal justice racism to healthcare racism, as Elizabeth Warren noted during the July 2019 Democratic debate, the list that needs “solving” is endless. This phenomenon is not new or exclusive to the social media era of politics. Politicians react to the preferences of voters, and social media has a tendency to amplify the voices of those with the most extreme views. These politicians, however, are responding with “bold” plans to spend the United States off a fiscal cliff. The term “bold” has become a stand-in term for outrageously expensive and expansive government action. The true costs associated with these plans are typically underestimated due to the nature of unintended consequences.

From Bernie Sanders’s plan to eliminate private health insurance with Medicare for All to Elizabeth Warren’s plan to end fracking on day 1, there seems to be no lack of “bold” action being recommended. This escalation of radical ideas began during the 2016 Democratic presidential nomination process. Former secretary of state Hillary Clinton complained about Sanders’s proposals, even comparing them to a hilarious scene from There’s Something About Mary: “Instead of the famous ‘eight-minute abs’ exercise routine, he’s going to market ‘seven-minute abs’…On issue after issue, it was like he kept proposing four-minute abs, or even no-minute abs. Magic abs!”

Clinton perfectly encapsulated the problem with politicians promising grandiose programs. However, this analysis fails to recognize the problem with presidential top-down authority. Most of today’s presidential candidates have failed to realize that they are not, in fact, “benign elective dictators,” as Tablet describes them, although many presidents have sought to evade restrictions on executive powers. Presidents must request that Congress allocate taxpayer funds through the annual budget process. A divided Congress is less likely to be open to creating divisive, costly, and ineffective programs.

The direct and indirect consequences of the 2020 presidential candidates’ proposed plans are noticeably absent from the mainstream discussion. These plans require significant taxation of productive monies, as “government is not a wealth generating entity—the more it spends, the more resources it has to take from wealth generators,” writes Frank Shostak at the Mises Wire. Taxes are involuntary fees enforced by the government. Tax revenues fund programs that government officials deem to be in the “public interest,” which practically means programs that voters and campaign donors want. Taxes are direct fees levied on transactions or on consumers unwilling to transact, but they have downstream effects throughout the economy.

For example, at the Foundation for Economic Education, I outlined how a wealth tax would affect investments, individual investors, and the presence of wealthy Americans. In other countries, wealth taxes led to capital flight and did not produce estimated revenues because of the difficulty of enforcing them. One would assume that a proponent of a wealth tax could point to the successes of such a measure in other countries, but, in fact, this has not happened. Why? Because the wealth tax inevitably fails to produce the estimated tax revenues to cover the costs of proposed programs.

The same can be said of increases in the top marginal income tax rate for corporations and individuals. Estimates will tend to overestimate the tax revenues generated, because individuals and corporations will utilize “tax loopholes” to shield themselves from higher tax burdens. The Center for American Progress does not sense the irony of high taxes; they write, tax gaming “constitutes economically inefficient behavior pursued solely for reducing taxes.”

Fundamentally, taxpayers seek to avoid paying taxes. If this were not so, even the so-called patriotic millionaires, millionaires who want higher taxes, would not utilize tax loopholes. The direct consequences of taxation are largely measurable even if the projected revenues are overestimated.

The indirect consequences or downstream effects of taxation are more difficult to comprehend. Taxes levy an involuntary fee on goods or services, but these taxes can significantly hamper the ability to purchase goods or services. For example, CNN ran an article about California gasoline prices “soaring well above what most Americans are paying.” The article attributes high gasoline prices to refinery outages; however, it omits California’s high gasoline taxes, special gasoline requirements, and its other policies to reduce smog and haze. California’s mission to curb carbon emissions and to produce cleaner air has created a costly condition for less wealthy Californians, which will in part amplify income inequality. Regulatory restrictions also impose costs, albeit indirectly, on consumers. When the progressives running for the Democratic presidential nomination discuss climate change and clean air, voters should understand the impacts that their policies may have.

MMT and the High Cost of Inflationary Monetary Policy

Conservative media pounced on the Green New Deal when it was first introduced by Representative Alexandria Ocasio-Cortez as a government initiative to alleviate the climate crisis. In many ways, they were right to do so; voters should be worried that at the time every 2020 Democratic presidential candidate backed the proposal.

How do progressives seek to pay for this program? Modern monetary theory, or MMT. MMT relies on the government printing “as much [money] as they need,” according to Investopedia. The central tenet of this theory is that governments using fiat currency systems can spend as much money as they need “because they cannot go broke or be insolvent.” A Congressional Research Service report states the following:

MMT is largely focused on short-run management of the economy [emphasis mine], with tax and spending policies aimed at maintaining a fully employed economy without inflation….Underlying this policy is the assumption that Congress can act quickly to counteract deficit-driven inflation with tax increases or spending cuts [(which practically means through tax increases)].

In addition to pushing for confiscatory tax rates, some progressives seek to inflate away the value of the dollar. Anyone skeptical of the current practices of the Federal Reserve understands the sheer ridiculousness of this concept. Taxes are much easier to understand since they levy a direct, involuntary fee; however, inflation is a much more subtle cost and it affects anyone who is involved in the market.

What is so problematic about this theory is that at its core is the belief that governments cannot go bankrupt, even though reality says otherwise. The government itself may not go bankrupt; however, the ability to print unlimited amounts of money while not being pegged to any realized assets can be disastrous for individuals.

Proponents of MMT look to it as a tool for achieving their political goals of Medicare for All, debt-free higher education, the Green New Deal, etc. In other words, it is a means to an end. Inflation, however, would have the most significant impact on those who are economically insecure, a phenomenon that The Atlantic refers to as “inflation inequality.” This is a much more subtle cost. Together, higher taxation on the economy at large, higher inflation, and expansive government would, in effect, create a perpetual underclass unable to escape the rut of the lower class. Fortunately, this monetary theory is not mainstream, and it would be aggressively challenged by the private sector and other governments that rely on a stable American central bank.

Proponents of higher taxes and increased central bank activism often evade the downstream effects of their policies. Instead, they’ll deflect and blame their opponents for some alleged misdeed. Republicans and Democrats alike are guilty of raising taxes through direct taxation or tariffs and of lobbying (a nice way to put it) the central bank to sway monetary policy in their political interest. Politicians will always be sure to deflect whenever a question pokes a hole in their theory or policy. It is in their nature as politicians.

Election cycles feature politicians making promises to voters, even if those promises are likely to fail. Few 2020 Democratic presidential candidates seem willing to combat soaring federal budget deficits, as most are “busy promising to spend ungodly amounts of the taxpayers’ money on any conceivable scheme that they think might win them a few more voters,” writes the National Review. Donald Trump and congressional Republicans have largely been willing to look the other way. Trump even dismissed any concerns, saying, “Who the hell cares about the budget? We’re going to have a country.”

With both major political parties seemingly uninterested in the long-term fiscal stability of the United States, the only near-term solution for the spendthrift class, or uniparty, in Washington, DC, is to either raise taxes or increase the money supply. Politicians will dismiss such claims and instead insist that some other group will pay the cost, but the reality is far different. Taxation and inflation affect all Americans. Next time a politician promises some elaborate new program and promises that you won’t pay a dime for it, remember the line about the infamous con man George C. Parker: “and if you believe that, I have a bridge to sell you.”