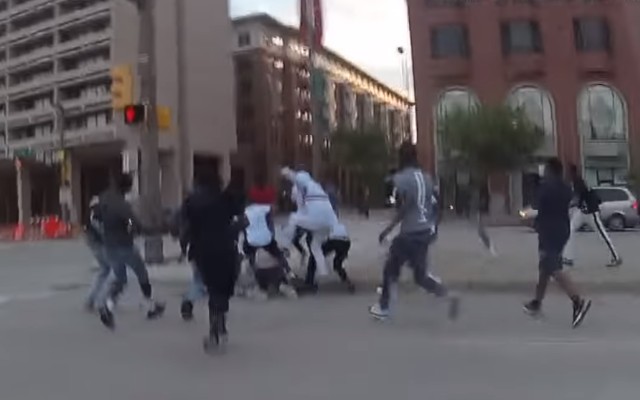 Video footage released by Baltimore Police shows what appears to be deliberate targeting of white people during running street battles in Baltimore on Memorial Day.

“Footage from Baltimore Police body cameras and the downtown CitiWatch surveillance network shows groups of youths gathered Saturday night at the Inner Harbor randomly breaking into fights with each other — and at times committing more serious assaults,” reports Officer.com.

One body cam video shows a white man on the ground surrounded by black youths who viciously beat him until the officer is able to intervene.

Another clip shows a black teen wait for a white man to walk past before kicking him in the head. 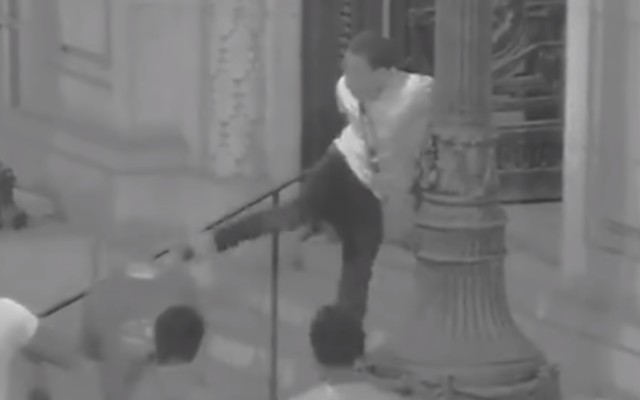 The teen then receives a high five for his action. 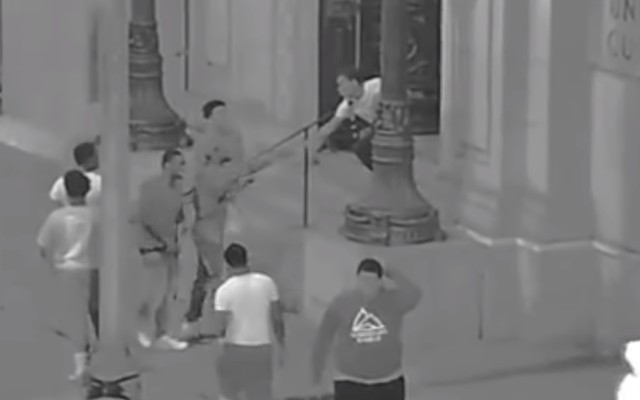 Other footage shows general chaos and running battles as some of the mob turn on each other.

Six people were arrested during the fracas and Baltimore Police officials released footage of what happened in response to a request by the Baltimore Sun.

“They were just randomly fighting with each other,” said Col. Richard Worley, the Baltimore Police Department’s chief of patrol, noting that such scenes are completely routine and “were similar to other events that occur in districts all across the city on any given night”.

One wonders whether the story would have been bigger if gangs of white youths had been caught on camera attacking individual black people.