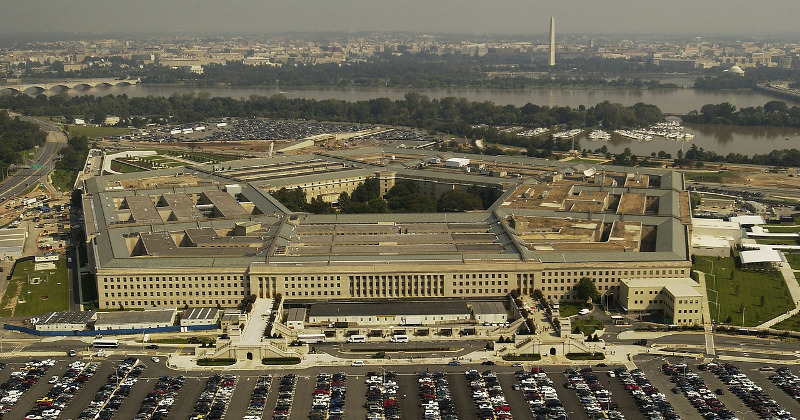 The Pentagon noted in its annual report to Congress that China is making steady progress toward becoming a naval power, commenting that the country’s navy “continues to develop into a global force” able to project its power beyond the coast.

“The PLAN [People’s Liberation Army-Navy] continues to develop into a global force, gradually extending its operational reach beyond East Asia into a sustained ability to operate at increasingly longer ranges,” the Office of the Secretary of Defense wrote in its annual report to Congress on China’s military developments, which it delivered on May 2. “The PLAN’s latest surface and subsurface platforms enable combat operations beyond the reach of China’s land-based defenses.”

“In particular, China’s aircraft carrier and planned follow-on carriers, once operational, will extend air defense coverage beyond the range of coastal and shipboard missile systems and will enable task group operations at increasingly longer ranges,” the report notes.

The Pentagon anticipates that Type001a, China’s first domestically produced aircraft carrier, will enter service with the fleet before the year is out, and that a third carrier, begun last year, will join the force before 2022. The Type 001a design leans very heavily on the Liaoning, a Kuznetsov-class carrier China bought from Ukraine in 2002 as a rusting shell before finishing and upgrading the ship. Liaoning was commissioned in 2012, but only last month did Beijing declare the carrier a “combat ship,” having previously used it for training, Sputnik reported.

Alex exposes the left’s obsession with domination those they disagree with.

The Pentagon’s report sums up intelligence findings of the past year, including reports that China’s third carrier, known presently as Type002, will sport a catapult launch system like those used by the US Navy’s aircraft carriers. China’s present carriers use a launch ramp on the bow of the ship to give planes extra lift to help them into the air. However, a ramp severely limits the weight of armaments a launched plane can carry, meaning the PLAN’s J-15 “Flying Shark” jets cannot be utilized to their full potential.

“These improvements would increase the striking power of a potential carrier battle group when deployed to areas beyond China’s immediate periphery,” the report states.

Unmentioned in the report is the FC-31 or J-31, a fifth-generation aircraft being built by Shenyang Aircraft Corporation and comparable to the United States’ F-35. Having been rebuilt since its 2012 debut, the FC-31 is anticipated to enter service either this year or next and become the mainstay of China’s naval aviation capabilities, Sputnik reported.

“China’s experience in extended range operations primarily comes from extended task group deployments and its ongoing counter-piracy mission in the Gulf of Aden,” according to the report.

Beijing is further able to support these operations with its Rocket Force, which has spent decades developing a host of long-range anti-ship missiles and short-range ballistic missiles capable of endangering enemy fleets at standoff distances of up to 1,500 kilometers, the report notes.

Beijing’s CJ-10 ground-launched cruise missile can reach that far, plus its YJ-12 anti-ship missile has a range of 400 kilometers, and another, the YJ-18, has a 540-kilometer range. By comparison, the US anti-ship missile with the longest reach, the recently-upgraded RGM-UGH-84 Harpoon, can only hit naval targets up to 240 kilometers away, Sputnik reported.

Alex lays out the latest attack by the globalists that patriots must stand against now!