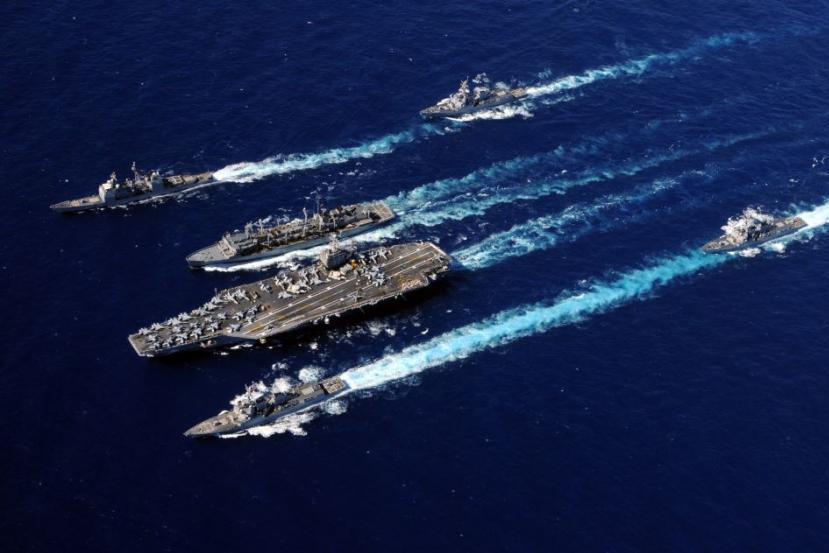 Amid fears that the US is running headlong into yet another sure to be disastrous war in the Middle East, acting Defense Secretary Patrick Shanahan told reporters Friday that the Pentagon is prepping “contingency plans” should things quickly escalate militarily.

“When you look at the situation… 15 percent of the world’s oil flows through the Strait of Hormuz,” Shanahan said as quoted in The Washington Times. “So we obviously need to make contingency plans should the situation deteriorate. We also need to broaden our support for this international situation.”

The Pentagon indicated it’s further implementing plans to coordinate with America’s international allies in the event of military confrontation with Iran — something which could prove difficult given the European Union has urged “maximum restraint” following Thursday’s tanker attacks incident Washington quickly blamed on Iran. The UK has been the only exception, which immediately stood behind Pompeo and Trump’s assessment.

Former Navy Seal Matt Bracken delivers expert analysis about the latest attack on the oil tanker in the Gulf of Oman. Matt joins Alex to break down why Iran is most likely behind the attack designed to ignite a global conflict.

Notably, as The Washington Times reports further of Friday’s press briefing, “the Pentagon is planning for the possible deployment of additional U.S. forces to the Persian Gulf region in the event the threat from Iran worsens.”

Weeks ago as tensions began soaring in the region following John Bolton’s claimed intelligence of a “heightened threat” of Iran or its allies attacking nearby US troops, the Pentagon deployed the USS Abraham Lincoln carrier strike group, at least 1500 extra troops, as well as B-52 bombers, drones, and patriot missile batteries.

Likely the Pentagon will use the tanker incident to keep up the pressure on Tehran: “The more information that we can declassify, the more information we can share, we will. And that’s our intent. And I think as you saw yesterday — doing it quickly,” Shanahan continued in his statement.

However, as to the origin of what CENTCOM said were Limpet mines attached to the side of one of the tankers, which the US Navy produced a video of what it said were IRGC forces removing, the Pentagon gave no indication that it would provide proof of just who it was that placed them there or the mines’ manufacturer.