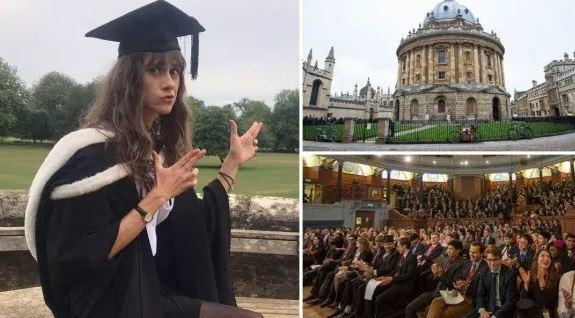 What kind of grudge do British universities have against clapping?

Roughly one year after the University of Manchester Student Union banned clapping at its events – choosing to instead ask audiences to use ‘jazz hands’ to show their appreciation for a performance – students at the University of Oxford are working to “replace clapping” because it could “trigger anxiety.”

Like their peers in Manchester, they will ask audiences to use silent hand-wave motion called “jazz hands”.

The motion to “mandate the encouragement of silent clapping” successfully passed in a vote taken by the school’s Student Union during their first meeting of the new school year.

The planets are aligning: expect explosive developments in the next seven days, plus special surprise guest joins Alex live! The Justice Dept. probe into the origins of the Russiagate fiasco is now an official criminal investigation, multiple outlets are reporting. The department has turned the administrative review of Russiagate, including the surveillance of Trump campaign officials, into a full-blown criminal inquiry, which gives the prosecutor in charge of the probe, John H. Durham, the power to file criminal charges.
By the way, our Everything Must Go Emergency Sale is now live! Get 70% off Survival Shield X-3 and an additional 50% off other products with free shipping and double Patriot Points!

The ruling will apply at all student union events, and if successful, might spread to over organizations and events at the school.

“Jazz hands” is the British Sign Language movement to express applause. It is considered a “more inclusive” gesture.

“The policy was proposed in order to encourage the use of British Sign Language clapping during our democratic events, to make those events more accessible and inclusive for all, including people who suffer from anxiety,” said Sabbatical Officers Roisin McCallion.

And “inclusivity” is one of the universities’ founding virtues, Metro UK said.