Even I was surprised at the results of a recentIpsos Global Public Affairs poll of over 16,000 people around the world. The poll, underwritten by Reuters, sought to determine the percentage of people who believe the world is coming to an end in their own lifetime. Astonishingly, the two countries with the highest percentage of people who believe in such a thing were Turkey and the USA. 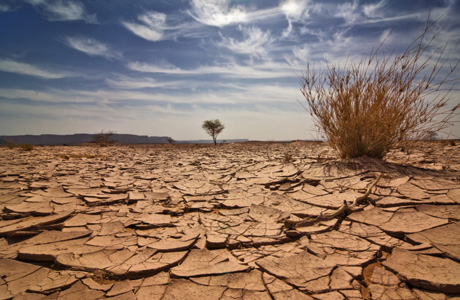 The nations with the lowest number of people believing the world is coming to an end (in their lifetimes) include Belgium and Great Britain.

Globally, about one in seven people believe the world is coming to an end, and about one in ten believe it will happen in 2012.

Of course, the meaning in all this is difficult to nail down, given that everybody’s definition of “the world coming to an end” is different. For some people, the shopping mall being closed is the end of their world. For many of today’s teens, the “end of the world” means losing their texting device.

In my mind, the “world coming to an end” means TEOTWAWKI, or a total grid-down situation with economic collapse, mass starvation and a massive collapse of human population. But even I don’t think that’s going to happen in 2012.

Don’t get suckered into believe the Mayan prophecies

This is a good time to remind well-informed NaturalNews readers not to get suckered into the December 2012 Mayan prophecies. Those popular predictions are based on wild misinterpretations of the Mayan calendar… combined with fantastic exaggerations of Central and South American lore.

Come December 22, 2012, we will all still be here, stuck in the same mess of a world increasingly being run by police state criminals and the global corporate elite. In some ways, the 2012 Mayan prophecies are a strategy to dis-empower the People by making them not care what happens in 2012 because “the world is coming to an end anyway.”

That’s pure foolishness. Smart people are getting well prepared for 2012 and beyond. They know there isn’t some magical universal stargate that’s going to open up and free them from all the burdens of being a human being on planet Earth. Those who are spouting the Mayan doomsday prophecies are sadly leading people in precisely the wrong direction.

The world as we know it will certainly undergo radical change

Of course, in some sense, TEOTWAWKI is coming true from the mere fact that much of what goes on in our modern world is wildly unsustainable. The fiat currency system and global debt; the cancerous growth of government; the rampant destruction of the world’s natural ecosystems… these are all unsustainable things that will — and MUST — come to an end.

So the world we know today is, indeed, existing with an expiration date, and it’s not yet clear what’s going to replace it. I’m quite certain, for one thing, that the next age of human civilization will see a greatly reduced population from its current levels, meaning that at some point a mass die-off is probably in the works. (That’s the aim of the global elite, actually, including Bill Gates who is actively working to reduce human population in order to “save the planet.” Bring in the vaccines!)

So it’s not really a question of whether the world as we know it will come to an end, but how it will happen. Bill Gates is working on a “soft kill” approach, using vaccines to cause widespread infertility. Interestingly, this may be among the least cruel approaches offered by the globalists, who are also considering things like global thermonuclear war, detonation of EMP weapons to cause a “grid down” situation, and the release of a new global pandemic with a 90% kill rate.

There could also be natural events that lead to various “end of the world” scenarios, including solar flares and the eruption of the massive Yellowstone cauldron — an event that would thrust Earth into a two-year nuclear winter that would collapse the global food supply and lead to mass starvation.

But the time scale on such events is significantly larger than a human lifetime. Yellowstone Park may not blow for another fifty thousand years. A massive grid-disruption solar flare might happen every few hundred years, which IS something to consider on the scale of a human lifetime.

The far bigger threat we all face right now, by the way, is the failure of Fukushima reactor No. 4. According to UN Ambassador Murata, “the fate of the world” depends on reactor No. 4. (http://blog.alexanderhiggins.com/2012/05/02/ambassador-exaggeration-f…)

The failure of this reactor has the potential to “destroy civilization as we know it,” he says.

So it’s not irrational to think that the world (as we know it) might end in our lifetimes. In fact, given the status of reactor No. 4 — as well as the possibility of an EMP weapon causing a national grid failure (http://www.naturalnews.com/033564_solar_flares_nuclear_power_plants.h…) — it’s surprising that only 1 in 5 Americans recognize these legitimate threats to our modern, fragile civilization.

Learn how to stay safe in almost any scenario:www.HealthRangerLIVE.com