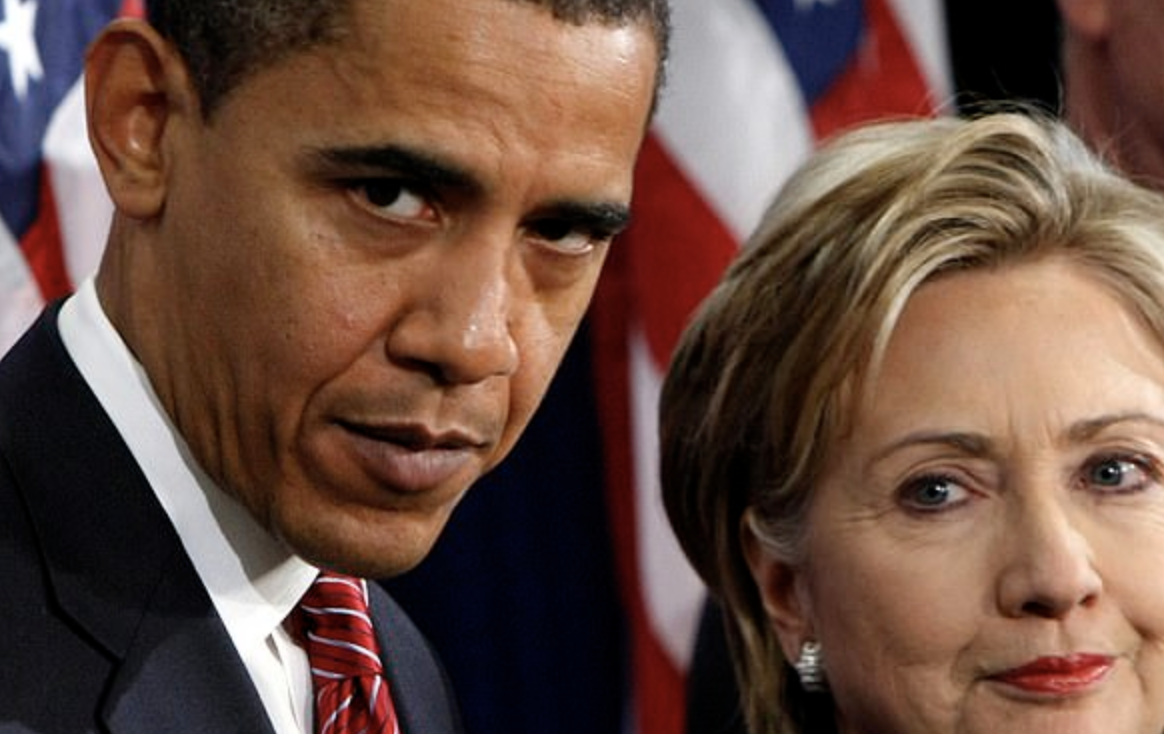 According to the Daily Mail, which published some of the excerpts on Friday, Obama interpreted Trump’s victory as a “personal insult”, and whined to his aides and family that the loss “stings” and that the American people had “turned on him” while bashing Clinton for “bringing her many troubles on herself.”

As Baker wrote, as Obama saw it, the “real blame” for Clinton’s loss “lay squarely with Clinton” – despite her many well-documented attempts to make every conceivable excuse, from blaming Bernie Sanders and his misogynistic “Bernie Bros” to misogynistic Trump supporters.

But as Obama vented, nobody forced Clinton to take money from Goldman Sachs, or set up an illicit private email server at her house in Chappaqua.

In a stinging passage Baker writes: ‘To Obama and his team, however, the real blame lay squarely with Clinton.

‘She was the one who could not translate his strong record and healthy economy into a winning message.

‘Never mind that Trump essentially ran the same playbook against Clinton that Obama did eight years earlier, portraying her as a corrupt exemplar of the status quo.

As Big Tech continues to censor Christians, conservatives, and patriots worldwide, Attorney Robert Barnes joins Alex in studio reveal how important it is for ordinary people to take a stand and resist while we have a chance to turn things around and restore freedom of speech.

‘She brought many of her troubles on herself. No one forced her to underestimate the danger in the Midwest states of Wisconsin and Michigan.

‘No one forced her to set up a private email server that would come back to haunt her.

‘No one forced her to take hundreds of thousands of dollars from Goldman Sachs and other pillars of Wall Street for speeches.

‘No one forced her to run a scripted, soulless campaign that tested eighty-five slogans before coming up with ‘Stronger Together’.

Feeling secure in Clinton’s impending victory, Obama and his top aide Valerie Jarrett retreated to the White House movie theater to watch the Marvel Movie Dr. Strange. Michelle Obama went to bed early that night, but later in the evening, as results from Florida started coming in, Obama checked the results, and was suddenly struck by a sinking feeling.

In the weeks after Trump’s victory, Obama vacillated from philosophical contemplation to rage, and complained to his speech writer Ben Rhodes that he was about to hand the nuclear codes over to a “cartoon character” and a “huckster straight out of Huckleberry Finn”.

Obama tried to keep his cool in the weeks afterwards and texted his speechwriter Ben Rhodes: ‘There are more stars in the sky than sand on the earth’.

But soon he was unable to contain his rage which escalated after he met Trump in the Oval Office.

Rhodes said: ‘That character has always been part of the American story. You can see it right back to some of the characters in Huckleberry Finn’.

Obama replied: ‘Maybe that’s the best we can hope for’.

As the weeks went by Obama went through ‘multiple emotional stages’, at times being philosophical and other times he ‘flashed anger’.

He also showed a rare self-doubt and wondered if ‘maybe this is what people want’, Baker writes.

Obama told one aide: ‘I’ve got the economy set up well for him. No facts. No consequences. They can just have a cartoon’.

Of particular interest considering the Mueller report’s findings, which have been endlessly relitigated since the redacted report was released last month, Baker explains Obama’s decision not to come out harder against Russia during the campaign, after US intelligence warned about the Kremlin’s attempts to ‘interfere’ in the US election.

As Baker tells it, Obama’s “don’t-do-stupid-shit” instincts made him reluctant to bash Russia over the meddling, as did his confidence that Clinton would surely prevail. As Obama saw it, if he made a big deal about Russian interference, Trump would simply complain to his voters that the whole election was rigged.

Baker’s book also gives new insight into why Obama was so hesitant about criticizing Russia for meddling in the 2016 election before vote took place.

Obama was led by his ‘cautious don’t-do-stupid-s**t instincts’ and feared that a forceful response would make Russia ‘escalate’ its operation.

Then there was the question of how Trump would react and Obama admitted that ‘if I speak out more, he’ll just say it’s rigged’.

Obama wrongly assumed that Clinton would win the election and Obama said in one meeting that Russian President Vladimir Putin ‘backed the wrong horse’.

When it came time to meet his successor and start planning the transition, Obama was cordial. But he never could get past the unshakeable feeling that the American people had rejected his legacy.

Something that, given his continued sniping at Trump, probably stings to this very day.