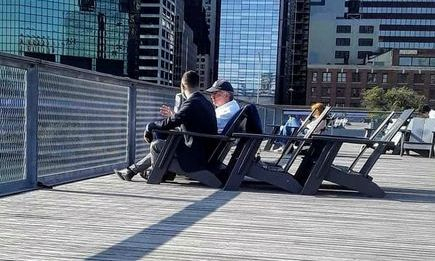 The city workers will be “handing out masks for free, encouraging testing, getting people good information and pushing back against misinformation,” according to the mayor.

Two new “enforcement measures” were announced during the briefing, including offering free face coverings to people without one and issuing fines to those who refuse.

“That will happen aggressively,” de Blasio declared. “Clearly, our goal, of course, is to give everyone a free face mask and get them to wear it.”

He continued, “We don’t want to fine people, if we have to we will, and that will begin on a large scale today.”