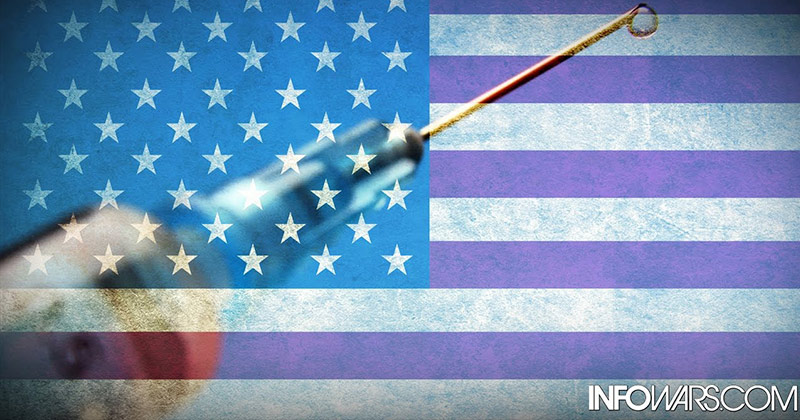 Under the Trump presidency, the Rockefeller brand of Globalism has been largely defeated.

However, the corrupt and tyrannical medical establishment has escaped scrutiny. The same elites that gave us globalism also sculpted our medical system.

“Technological medicine provides the corporate class with a compatible world view, an effective technique, a supportive cultural tool, and a focus on the disease process within the body that provides a convenient diversion from the health-damaging conditions in which people live and work.” – E. Richard Brown, Rockefeller Medicine Men, 1979

The Case of Florida couple Joshua McAdams and Taylor Bland-Ball is a prime example of this system at work. The two have been arrested for refusing to continue chemotherapy for their son Noah after his cancer was cleared.

Because our borders are overwhelmed, illegal immigrants are now being released into the US population without proper vetting of dangerous diseases. Alex exposes how the spread of disease plays right into the Deep State’s agenda of medical tyranny.

The Sackler family (worth around $14 billion in 2015) cashed in on this system through Purdue Pharma, selling the deliberately addictive opioid painkiller OxyContin.

The medical system, in its current form, is attempting to legitimize itself as faith in its ability to truly heal and care for people is dwindling.

The truth is that this system was deliberately created by the Rockefeller family and other 20th-century robber barons to ensure the dominance of “technological medicine” to serve “corporate capitalism”.

These elites (The Carnegie Foundation, Rockefeller Foundation and others) crafted the medical system in such a way that it would, by its very nature, support technological medicine over any other form of treatment.

Brown warned that, “…a growing interest group within the corporate class has a direct financial stake in the dominance of technological medicine.” Brown writes:

“Thus the Rockefeller philanthropies, under the guidance of skilled managers, developed self-consciously strategic programs to transform higher education and medical care, among other social institutions. The thrust of their programs was to systematize… these institutions to make them better serve the needs of corporate capitalism.”

“…a growing interest group within the corporate class has a direct financial stake in the dominance of technological medicine.”

The measles scare, linked to unchecked illegal immigration, is driving the medical establishment into overdrive as mandatory vaccinations have arrived in New York city.

Alex breaks down globalist propaganda is being pushed by the radical left.