Remarkably, this is not satire.

Merriam Webster's dictionary is changing the definition of racism after a woman complained about it. (Not a joke) https://t.co/Lxyzj3Mi2n

The dictionary defines racism as “a belief that race is the primary determinant of human traits and capacities and that racial differences produce an inherent superiority of a particular race.”

[…] “I basically told them they need to include that there is systematic oppression on people. It’s not just ‘I don’t like someone,’ it’s a system of oppression for a certain group of people,” [recent college grad Kennedy Mitchum] explained.

And after a few back and forth emails, the editor of Merriam Webster Dictionary agreed and wrote back, “While our focus will always be on faithfully reflecting the real-world usage of a word, not on promoting any particular viewpoint, we have concluded that omitting any mention of the systemic aspects of racism promotes a certain viewpoint in itself.”

Alex Chambers, the editor of Merriam Webster Dictionary said a revision to the entry for “racism” is now being drafted.

“This revision would not have been made without your persistence in contacting us about this problem. We sincerely thank you for repeatedly writing in and apologize for the harm and offense we have caused in failing to address the issue sooner. I will see to it that the entry for racism is given the attention it sorely needs,” wrote Chambers.

The term racism is said to have originated with communist Leon Trotsky in 1933, but it was only popularized rather recently by Trotsky’s bedfellows in the US media.

The New York Times’ Chronicle, which mapped out what percentage of Times articles included specific words over the years, showed they didn’t start pushing the term until around the mid 1960’s:

As the Times’ Chronicle feature produced embarrassing results such as those above, the viewer was disabled shortly after it was released but newer independent software has shown similar results: 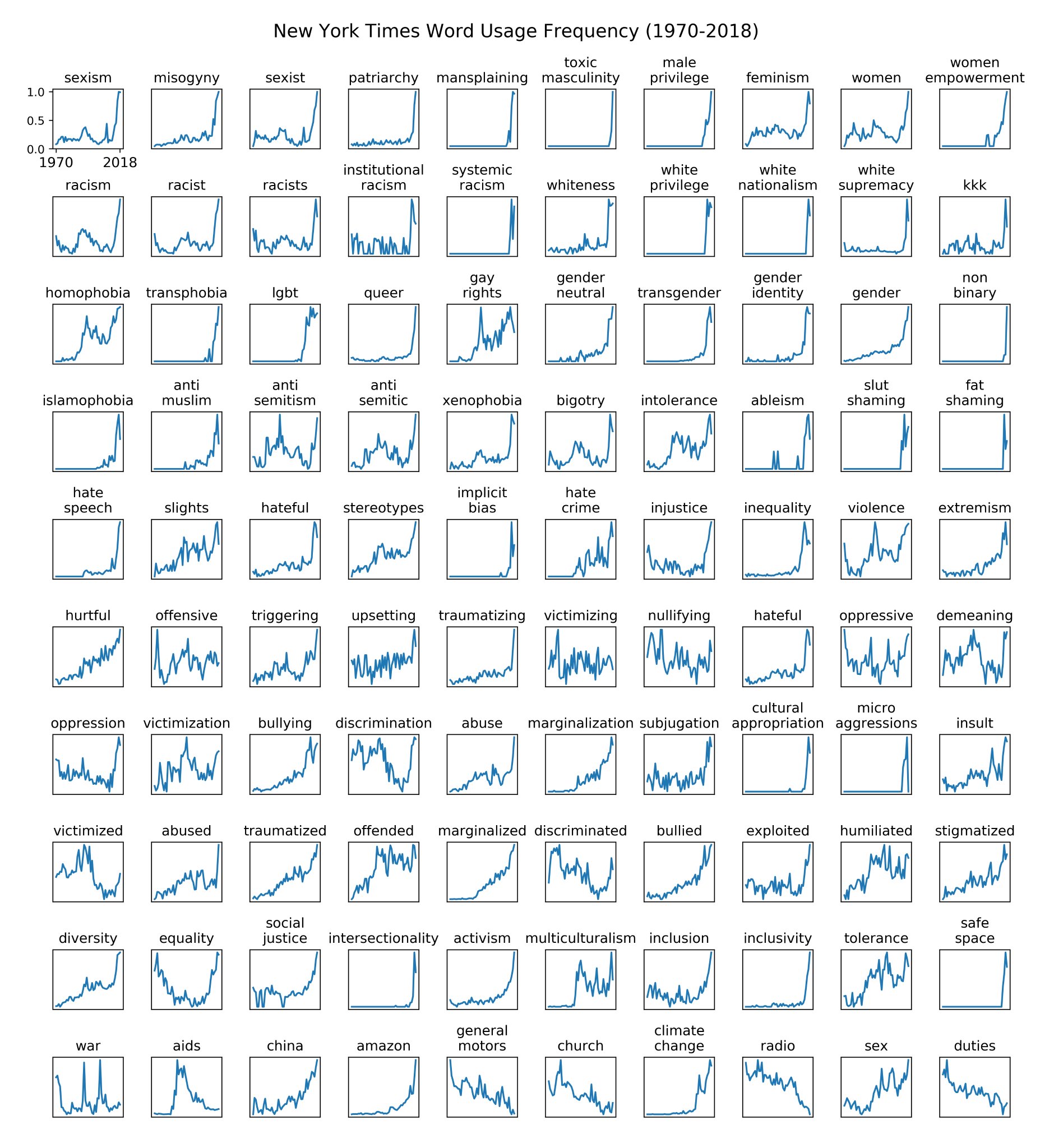 “Racism” is an interesting word in that it has no set definition. What was considered perfectly normal a few years ago is now considered “racist.”

The definition of what is “racist” is constantly expanding. The latest iteration of “racism” is “white silence” — which is described as “violence.”

>it's time for you to shut up and allow unheard voices a chance to speak
>silence is violence pic.twitter.com/OaI3uCIDAP

Meanwhile, New York Times writer Nikole Hannah-Jones (who was just given a Pulitzer Prize) said recently that the violent destruction of property by rioters “is not violence” because the property “can be replaced.”

Tucker blasts the press for assisting the riots. Watch Nikole Hannah Jones – violence is not violence if you destroying property. What about her property? Where do all those liberal lunatics come from…? pic.twitter.com/85OsVGLJls

Considering how rapidly this cultural revolution is taking place, how long will we have to wait before Merriam-Webster changes the definition of “violence” to include “white silence” and throws in an exemption for property destruction?