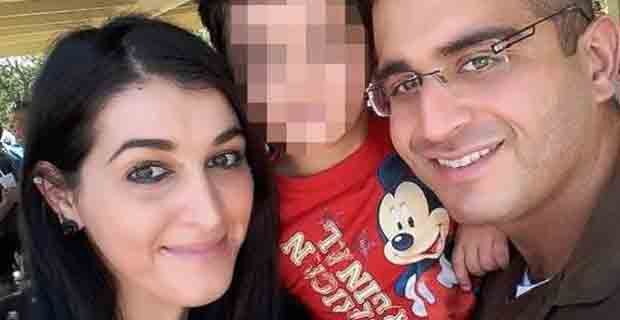 While over the past few days, the media has been ignoring Noor Zahi Salman, the now widow of Muslim terrorist Omar Mateen and instead focusing on his first wife who has accused him of beating her, being bipolar, and generally acting deranged and sociopathic. Like in the San Bernardino terrorist case, Noor Zahi Salman and Mateen had a young child together.

According to NBC news, Orlando gunman Omar Mateen’s current wife, Noor Salman, has told the FBI that she drove Mateen to the Pulse nightclub on a prior occasion and that she tried to talk him out of conducting any kind of attack, officials told NBC News. As NBC adds, law enforcement officials said authorities are considering filing criminal charges against her for failing to tell them what she knew before the attack, but no decision has been made yet.

Several officials familiar with what she has told the FBI said she was with him when he bought ammunition and a holster. She also once drove him to the nightclub because he wanted to see it in advance, but that she tried to dissuade him from doing anything, the officials said.

NBC also quotes officials according to whom she is cooperating with the investigation.

Some more details on Noor from her public records:

In 2013 Omar Mateen married Noor Zahi Salman (pictured below). They have a 3-year-old son together.

Omar Mateen lived in St. Lucie County, Florida, with his second wife, Noor Zahi Salman, but it is not clear if they were together or separated at the time of the shooting. Mateen sold his sister, Mariam Seddique, the house in April ’16 for $10 (Quit Claim Deed).

This is what the WaPo reported last night: “Mateen later had a son with another woman who also appears to have left him and declined to comment when reached at her current home.”

As a reminder, as the WSJ reported yesterday according to a spokesman for Saudi Arabia’s interior ministry, the Orlando shooter, Omar Mateen visited the kingdom twice on pilgrimage. Mateen visited Saudi Arabia in 2011 and again in 2012 to perform umrah, a religious pilgrimage to the holy city of Mecca. The trips lasted eight and 10 days each. U.S. and Saudi officials aren’t sure yet who Mr. Mateen met with during his visits or whether the trips were connected to the shooting.

It remains to be seen if his second wife was linked in any way to these “religious pilgrimages.” It also remains to be revealed if, contrary to numerous eyewitness reports, Mateen was in fact not the “lone wolf” the authorities are trying to make him appear to be.