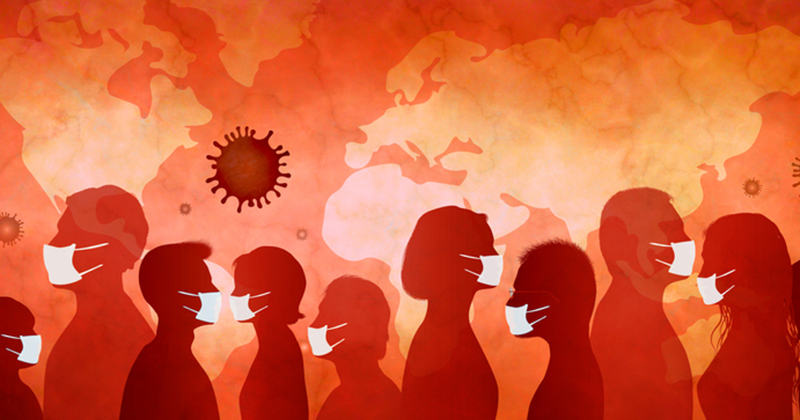 As the global economy and the lives of working class families are upended and threatened by the COVID-19 coronavirus pandemic, left-wing media and antifascist propagandists are trying to convince people that the real threat is not the virus or societal upheaval, but “white nationalism.”

Rolling Stone, the publication that peddled and later retracted the publicly debunked Duke lacrosse team and Emma “Mattress Girl” Sulkowicz fake rape stories, decided to publish an article on Wednesday titled “How Social Distancing Could Lead to a Spike in White Nationalism.”

Social distancing is the practice of nonpharmaceutical control actions that are integral to slowing the spread of contagious disease, such as staying home and away from close proximity to other people.

Owen receives two witness calls from people confirming what we feared, the military preparing to lock down the nation.

Social distancing has been universally recommended by epidemiologists and doctors as the most effective method to contain the pandemic and save the lives of those most vulnerable, but Rolling Stone appears to be concerned that social distancing could lead to a rise in wrongthink and unfashionable opinions.

In the article – which relies heavily on the “findings” of the legally embattled fringe-left Southern Poverty Law Center – writer EJ Dickson says, “Anti-extremism experts are ‘quite concerned’ about hateful rhetoric spiking in the midst of the COVID-19 pandemic — not just because of a rise in anti-Asian sentiment related to the virus, but also due to people in self-quarantine being more exposed to extremist movements online.”

As the numbers of hospitalizations and level of public unrest grows by the day, Rolling Stone focuses on “anti-Semitic sentiment” that it claims is “widespread in the midst of the pandemic.”

The article also references “conspiracy theories about COVID-19’s origin centering on Jewish philanthropist George Soros” and concerns “about the impact the COVID-19 pandemic would have on hate groups’ ability to recruit and radicalize new members.”

Since being published earlier this week, the Rolling Stone piece was shared on Twitter by antifa accounts and verified left-wing journalist accounts.

Doctors have warned that countersignalling the need for social distancing could lead to a much more dangerous virus scenario, such as that seen in Italy and Spain.