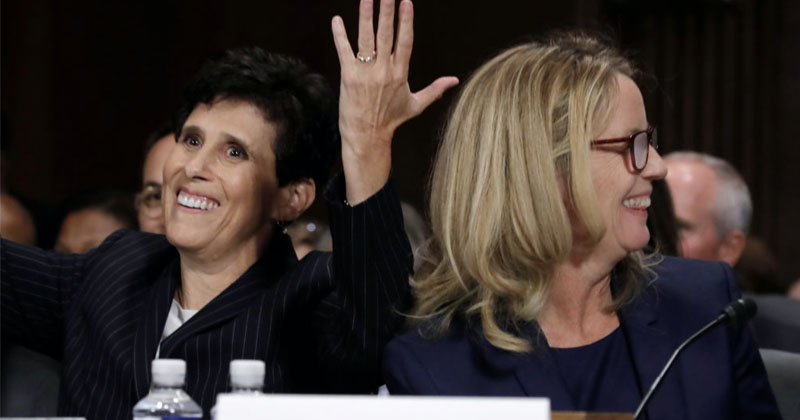 Nearly a year after the politically-charged confirmation hearings of Supreme Court Justice Brett Kavanaugh, the truth about the left’s crusade to take him down is becoming clear.

Video footage of Christine Blasey Ford’s lawyer Debra Katz shows her saying that protecting abortion was “part of what motivated” Ford to publicly accuse Kavanaugh of sexual impropriety against her during the 1980s.

“In the aftermath of these hearings, I believe that Christine’s testimony brought about more good than the harm misogynist Republicans caused by allowing Kavanaugh on the court,” Katz says in the video.

This revelation flies directly in the face of Ford’s own explanation for her coming forward with these serious accusations.

In September 2018, Ford testified under oath in her opening statement before the Senate Judiciary Committee that she was compelled by her “civic duty” to allege sexual assault against Kavanaugh just before he was confirmed as a Supreme Court Justice.

Dr. Christine Blasey Ford explains she's not testifying because she wants to, but because "it's her civic duty." https://t.co/hib1LKoWh8 pic.twitter.com/sbuVfD5rev

Author Ryan Lovelace, who wrote “Search and Destroy: Inside the Campaign Against Brett Kavanaugh,” said that the outcome of the hearings may have been different had this information been known to Congress.

“I think if we knew in September what we know now, there would have been all kinds of questions at the hearing about this,” he told the Daily Caller. The author said he believes there will be more scrutiny going forward, saying that this is part of the reason he penned “Search and Destroy.”

Christine Blasey Ford has been caught in several lies during her testimony given to the Senate. She claimed she has a fear of flying and that she had never been coached on taking a polygraph, both claims that have been proven false. Also, others have sworn statements that refute her version of events.