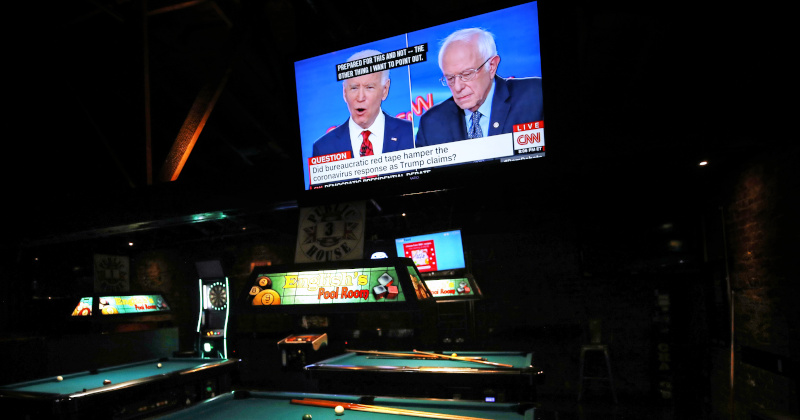 A US judge has ruled that Vermont Senator Bernie Sanders and other qualifying Democratic candidates be restored to New York’s ballot, overturning a move by election officials to cancel the state’s presidential primary outright.

A ruling from US District Judge Analisa Torres on Tuesday ordered New York to “reinstate to the democratic primary ballot those presidential and delegate candidates who were duly qualified as of April 26, 2020, and to hold the primary election on June 23, 2020,” according to court documents.

BREAKING – A federal judge has restored @BernieSanders to the New York ballot in the June 23rd primary! #BernieOnTheBallot pic.twitter.com/Z3NLPQwv5J

A vote from the New York Board of Elections last month shuttered the state’s presidential primary – the first state to do so, though 16 others have postponed voting to later dates – with the board arguing the vote would present too much danger amid the ongoing Covid-19 crisis.

Given that former Vice President Joe Biden remained the only candidate running, some board members also said the primary would be moot as “there is no real contest.”

Sanders’ restoration on the ballot prompted cheers from the self-avowed socialist’s followers, some taking shots at New York Governor Andrew Cuomo and his “lackeys” on the state election board for trying to “cancel an election and make up the results themselves.”

As much as @NYGovCuomo and his lackeys at the state Board of Elections want to, they can’t – in fact – cancel an election and make up the results themselves.@BernieSanders is back on the ballot in New York. It will be the honor of my life to share it with him when we win. pic.twitter.com/mBP1Zx3uda

The decision to cancel the primary came soon after Sanders withdrew his campaign, endorsing Biden and making him the presumptive Democratic nominee.

But the senator said he wished to remain on the ballot to accrue delegates in hopes of influencing the party’s platform, issuing a statement calling the move “an outrage,” an attitude reflected by many of his supporters.

In her ruling on Tuesday, Torres largely sided with the concerns of Sanders and his backers that shutting down the primary might disenfranchise voters in New York and violate the First and Fourteenth Amendments of the other candidates.

The election board’s decision “not only deprived … candidates of the chance to garner votes for the Democratic Party’s nomination, but also deprived their pledged delegates of the opportunity to run for a position where they could influence the party platform,” she wrote.

The lawsuit was brought last week by former Democratic candidate Andrew Yang, a New York resident, and seven others who filed to serve as Yang delegates.

The former tech entrepreneur’s suit said the state elections board had infringed on the rights of New Yorkers and set a dangerous and “un-American” precedent, opening the door for governments to cancel other elections in the future.