DETROIT – A federal judge Tuesday acquitted seven Hutaree members of all conspiracy charges, concluding the government didn’t have enough evidence that the group plotted a violent revolt that included killing a police officer and bombing a funeral. 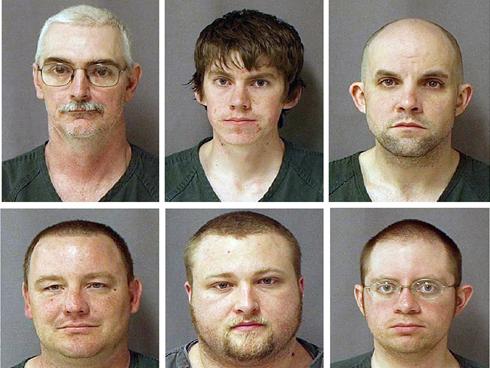 Defendants acquitted of all charges are Tina Stone, 46, and David Stone Jr., 22, both of Adrian, Mich.; Michael Meeks, 42, of Manchester, Mich; Thomas Piatek, 48, of Whiting, Ind.; and Kristopher Sickles, 29, of Sandusky, Ohio.

“We’re just grateful to Judge Roberts for having the courage to do the right thing. … Very few judges have that kind of courage,” said lawyer Michael Rataj, who is representing Tina Stone.

“There was no case. There was no conspiracy,” Rataj said, further claiming the case was the result of overzealous federal agents.