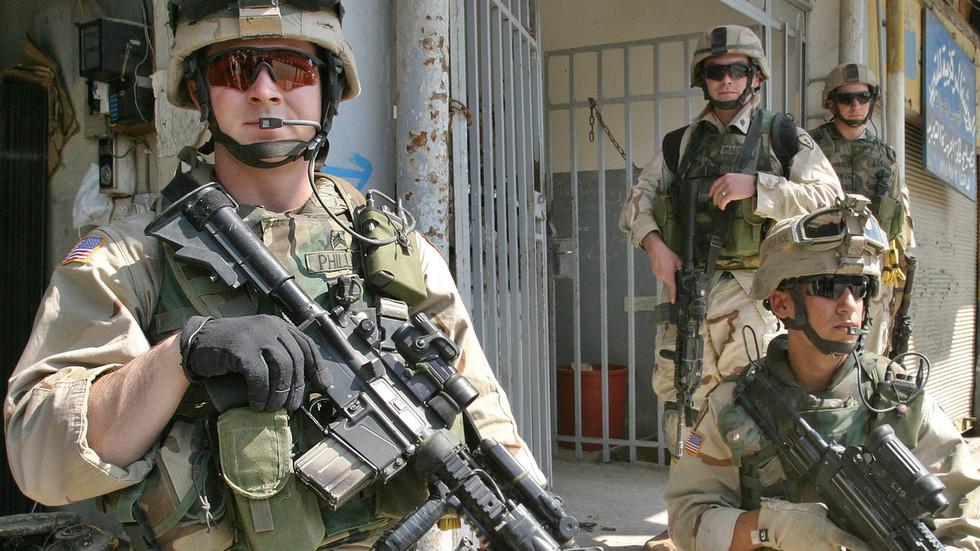 The Pentagon says “the leadership of Iran at the highest level” ordered a spate of disruptive attacks over the past two weeks including attacks on an Aramco Saudi oil pipeline and pumping facilities, the recent sabotage of four tankers near the Strait of Hormuz, as well as a May 19 lone rocket attack on the US embassy in Baghdad’s protected Green Zone.

However, the Pentagon statements issued by Adm. Michael Gilday, director of the Joint Staff, on Friday offered absolutely nothing in terms of hard proof. That still didn’t stop the war rhetoric from continuing: “Even more troubling: We have had multiple credible reports that Iranian proxy groups intend to attack U.S. personnel in the Middle East,” Gilday said.

The military analysis site, Task & Purpose in a follow-up pressed the Pentagon to cite some level of evidence that Iran did indeed order attacks “at the highest levels.” The response was issued as follows:

The Pentagon statements came on the heels of a Washington Post report saying the White House has agreed to send “roughly 2,000” additional troops to the Middle East to help protect American forces in the region and “monitor Iran” — as prior reports suggested in the days leading to Trump’s Thursday meeting with Defense Department leaders. Follow-up statements have put the number at 1,500.

Trump met with Pentagon leaders Thursday evening where they decided to move ahead with the troop deployment to CENTCOM, which oversees all American troops in the Middle East.

“The deployment will include approximately 1,500 U.S. military personnel and consist of a Patriot battalion to defend against missile threats, additional intelligence, surveillance, and reconnaissance aircraft, an engineer element to provide force protection improvements throughout the region and a fighter aircraft squadron to provide additional deterrence and depth to our aviation response options,” acting Secretary of Defense Patrick Shanahan said in a written statement Friday.

Cardinal Raymond Burke recently commented about those Muslim immigrants that are “opportunists” looking to replace western culture with their own. Owen explains that it’s a good sign that not everyone in the Catholic church is a globalist like the current pope.

Importantly, Adm. Gilday said Iran’s series of attacks last week went straight to the top: “We believe with a high degree of confidence that this [recent attacks] stems back to the leadership in Iran at the highest levels,” he said.

However, given the original Pentagon plan reportedly pitched a total troop deployment of up to 10,000 additional forces to counter Iran in the Middle East, Trump’s agreeing to a much humbler 1,500 appears a meager attempt to merely pacify the hawks without actually changing the playing field significantly.

Or rather, to put up the pretense and appearance of “doing something” without actually substantively escalating at all.

The president himself seemed to all but admit this in passing remarks to reporters as he left the White House for a trip to Japan: “We want to have protection in the Middle East. We’re going to be sending a relatively small number of troops, mostly protective,” Trump said. “Some very talented people are going to the Middle East right now. And we’ll see what happens,” he added.

However, troop build-up in the region to any degree could prove explosive and extremely dangerous for the prospect of a broader conflagration, considering both the IRGC’s recent terror designation, as well as Iran ally Syria coming under new chemical weapons scrutiny over fresh claims it used poison gas in a battle near Idlib on Sunday.