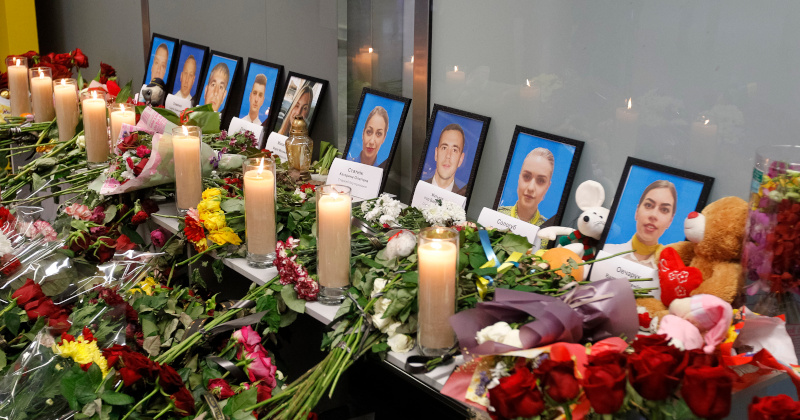 As if Iran’s already near total isolation from the so-called international community amid crippling US sanctions wasn’t enough, the country has now been banned from hosting foreign teams for soccer matches on its soil.

It appears yet more fallout to the accidental shoot down of the Ukraine International Airlines Flight 752 on Jan. 8, which tragically killed all 176 people on board.

Iran says it was informed Friday by the Asian Football Confederation that it’s essentially being sanctioned by the league:

Iran’s soccer federation said Friday it has been told it will not be hosting any international matches on Iranian soil.

The federation said it received a letter from the Asian Football Confederation saying that all matches involving Iranian teams will be held in a third country.

Stand up comedians Tim Dillon and Ben Avery join Alex Jones to discuss the attack on free speech and how making people laugh could be the key to saving the 1st Amendment.

Iran says it plans to protest the decision, pointing to recent past successes in hosting major events, such as the 2018 AFC Champions League tournament held in Iran.

It’s also unclear if perhaps US sanctions threats or pressures were brought to bear on the Asian Football Confederation, which includes 47 member countries across Asia and Australia, and includes Gulf nations, as well as China, India and Pakistan.

“Iran is fully ready to host various teams as it has repeatedly proven during the past several years,” a spokesman for the Iranian federation, Amirmahdi Alavi, said in a statement.

In recent years the UAE and Saudi national teams have refused to travel to Iran for matches, after both cut diplomatic ties with Tehran in 2016, especially amid the inter-GCC row with Qatar, which has been accused of growing too close with Iran.

Interestingly, the United States team two weeks ago announced it canceled plans to attend a January training camp in Doha, Qatar due to the “developing situation” in the Middle East.

The cancellation came a day after the US drone killing of Gen. Qassem Soleimani, and after multiple Iranian statements declaring revenge is imminent against American interests in the region.

“Due to the developing situation in the region, U.S. Soccer has decided to postpone traveling to Qatar for the Men’s National Team’s scheduled January training camp,” US Soccer said in a statement at the time.

Soccer has long been an outlet where countries can “fight it out” safely and peacefully on the field even at the height of geopolitical tensions.

However, it appears even the globe’s oldest most popular sport is suffering setbacks due to spiraling tensions between the US and Iran.

Alex Jones exposes corrupt Virginia politicians for the anti-American, anti-human totalitarians they are.